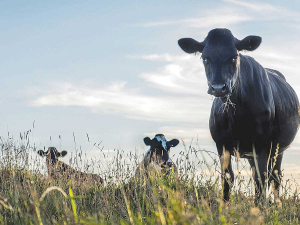 OSPRI says 17 of the 20 herds classified as TB-infected have completed a first clear whole herd test.

“Of these herds with clear first tests, at least half are expected to achieve confirmed clear status at their next test, which will be carried out between October and March,” it says.

For infected status herds to return to a clear status, two clear whole herd tests are required no less than six months apart. These tests may include an additional blood test for part or all of the herd.

Cattle or deer over the age of three months being moved from a property within the Movement Control Area require a clear TB test within 60 days prior to movement.

OSPRI says investigations into three herds have closed this month and one other investigation has resulted in an infected herd.

The disease was first detected in April 2019. Wildlife surveillance and DNA strain-typing indicates the source of infection is from wildlife north of the area.

OSPRI chief executive Stephen Stuart says it will manage this cluster of infection and return Hawke’s Bay to TB-free status.

“The success of the TB programme is based on identifying disease, containing it with stock movement controls and removing the disease from herds.”

A vector control zone is an area where operations have been successfully carried out. A zone is declared TB free only after a process that includes analysis of the operation and TB testing data, a submission to an external panel, and endorsement by the OSPRI board.

Stuart says the 2011 TB Plan set a target of clearing 2.5 million hectares by 2026 and the recent stats meant that target had already been surpassed, with 2.73 million hectares cleared. That left 7,000,000 hectares remaining to be cleared up until 2040.

“It’s a great achievement that we are in front of those targets, but we are not getting too far ahead of ourselves. We are really focused on continuing our push to achieve our goal of TB freedom in all cattle and deer herds by 2026.

“There are some challenges ahead, including some tricky land access issues to be resolved, that we know it will take a collective effort and potentially different ways of thinking and working. With our progress in what we call ‘buffer’ areas – operations around a known area of TB infection to protect farms – our focus is moving to tackle infection ‘source’ areas.

“Leaving these areas uncontrolled poses risks if we are going to achieve TB freedom.

“These areas may require control for a number of years and that is why we have a real focus on building long-term partnerships with all landowners, so we have the best chance of doing that.”

In response to growing demand from dairy farmers, CRV says is has increased its offering of polled sires from 11 to 15.