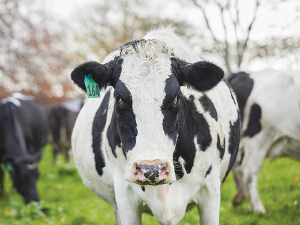 Allowing Mycoplasma bovis to spread could cause $1.3 billion in economic losses in the first ten years.

At the height of the M. bovis response, there were 27 active properties in the region.

Biosecurity and Agriculture Minister Damien O’Connor last week extended his thanks and congratulations to the Southland farming community.

“Southland farmers were really hard hit by this disease and they’ve done the hard yards to get to this point. Full credit to them for the sacrifices they have made for the national good,” O’Connor said.

He says the achievement is a testament to the cooperation shown between farmers, government and industry groups.

“This is a 10-year programme so we need to expect that new cases will pop up from time to time, but I think it’s important to acknowledge and celebrate success along the way.

“We can’t afford to take our foot off the pedal though. Farmers need to ensure all their animals are tagged and recorded in the National Animal Identification and Tracing (NAIT) system to ensure we can trace them, should we need to.

“There’s no excuse now for farmers not knowing what they need to do to be compliant and I was very pleased to see last week a successful prosecution of a Waikato farmer for not registering 152 of his cattle. Behaviour like this makes a mockery of the heartbreak affected farmers and their families have gone through.

“If we’re going to be the first country in the world to beat this disease, every cattle farmer in the country has to play their part.”

M.bovis was first detected in New Zealand on 22 July 2017, after a large number of cattle in a South Canterbury dairy herd began displaying symptoms of a novel disease.

M.bovis had not previously been detected in New Zealand, and it was soon established that this was a new incursion that occurred around early 2015, and the disease was not widespread throughout the national cattle herd.

It was estimated that allowing the disease to spread could cause $1.3 billion in economic losses in the first ten years, along with substantial animal welfare issues, and serious ongoing challenges for farmers having to manage the disease within their herds.

In May 2018, the Government and industry bodies made the decision to attempt a world-first eradication of this disease.

The estimated budget for the ten year programme is $870 million.

Talks are underway to allow overseas veterinarians into the country and help ease an acute shortage.

OPINION: Your old mate reckons if you ever needed proof of just how little influence Agriculture Minister Damien O’Connor has, just look at his inability to get a dispensation for much needed overseas machinery operators for agricultural contractors for this season.

Federated Farmers says the government is finally acknowledging it has released freshwater regulations that will not work on farms.