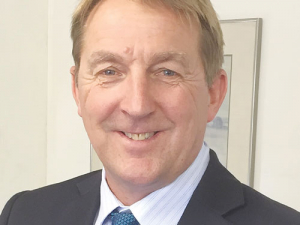 Dairy farmers worldwide are being urged to prepare now for a future with a smaller herd of higher producing cows, says the general manager of World Wide Sires New Zealand, Hank Lina.

For this, farmers would need dairy sires superior to their contemporaries of even a year ago, he says.

“In the US and around the world, farmers are recognising that genomic sires are light-years ahead of daughter proven sires because they have been selected for the traits farmers need today, and tomorrow – not yesterday,” he says.

Demand for genomically proven bulls in the US is now greater than for daughter proven.

World Wide Sires began genomically proving bulls in 2009 based on a population base of at least 1 million genotyped animals.

“The size and depth of that dataset provides a very high level of accuracy in genomic prediction – and that has led to the confidence we are now seeing amongst American farmers,” Lina says.

“The NZ experience with genomics is at odds with the rest of the world, largely because this country simply doesn’t have the large dataset of genotyped animals needed to generate strong and consistent daughter performance.

“In the US, UK and Australia genomic sires now account for more than 65% of World Wide Sires’ sales, and this percentage is increasing year on year because those bulls are delivering.

“Genomics technology has allowed the industry to shorten the generation interval aggressively in the last five years, and the increase in the number of animals being commercially DNA tested has expanded the genomic database increasing the reliability. This explains why US dairymen are switching more of their breeding to genomic sires.

“However, there remains a strong demand for proven bulls for farmers who prefer homogeneous genetic progress over maximum speed so World Wide Sires is still delivering these proven bulls to the market with reliable calving ease and semen fertility information.”

Lina says the Productivity Commission’s report, highlighting the need for the herds of the future to be smaller and more productive, reinforces that farmers need to be using sires selected for that purpose.

“Three or four years ago, when many of the daughter proven sires on offer to Kiwi farmers today were selected, the breeding imperative was different; we were still in a growth phase.

“A quick look at the latest dairy statistics confirms the productivity of the NZ national herd is increasing slowly, e.g. 20 years ago the average kgMS/cow was 301; ten years ago it was 330 and today it is ‘only’ 380kgMS.

“Contrast that to the genetics that World Wide Sires’ parent AB cooperative, Select Sires, has generated – upwards of 550 kgMS/cow per year. And those cows are bred to last.”