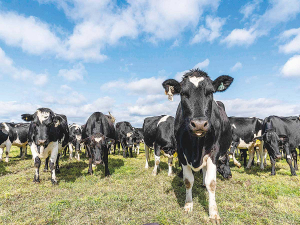 A South Auckland farmer was convicted for amputating the teats of seven cows.

A South Auckland dairy farmer has been fined $3,250 for unlawfully amputating the teats of seven cows using rubber rings as a tourniquet.

Pieter Nicholaas Smit, 60, was sentenced at the Morrinsville District Court for one representative animal welfare charge, after earlier pleading guilty. The case was brought to court by the Ministry for Primary Industries (MPI).

“Teat removal is a significant surgical procedure. It should be undertaken by a veterinarian using anaesthesia.”

An animal welfare inspector visited Smit’s property at Waiuku on May 20, 2020, after a complaint was made.

He admitted to using the rubber rings on the cows when mastitis did not clear up after treatment with antibiotics. The offending occurred over a five-year period.

Teat removal is not a treatment for mastitis, and the practice is opposed by experienced veterinarians.

“In New Zealand, everyone must take responsibility for animal welfare. We strongly encourage any member of the public who is aware of ill-treatment or cruelty to report it to the MPI animal welfare complaints freephone 0800 00 83 33”,” says Mikkelsen.

Johne's milk test in the offing

A test to detect Johne's Disease and pregnancy from a single milk sample in cattle is being developed.

Despite the disruption of the Covid-19 pandemic, revenue from New Zealand's primary exports in the past season only dropped by 1% and is predicted to quickly pick up and reach a record high of $49.6 billion in the next 12 months.

The Ministry for Primary Industries (MPI) says it is helping drought and flood-affected farmers in Canterbury to find alternative grazing for their livestock.