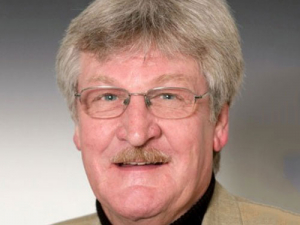 “It looks like it’s a single-source infection and it looks like there’s a direct link between all the affected properties. Good animal control and good diagnostics should allow them to establish within a couple of years if it’s really feasible to eradicate the disease,” Griffin told Rural News.

“It gives you the two options really: try eradication and then if it doesn’t work move to a control.”

Griffin says DRL had been involved in early discussions with MPI, which will need outside diagnostic laboratory support in any long-term management programme.

However, he concedes that M.bovis will be a real challenge.

“The problem, really, is that the scientific basis for controlling the infection is not really well described. The diagnostic tests are not good, which means you don’t have a high level of confidence that when an animal [tests] positive it is truly positive or when it is negative it is truly negative.”

Griffin explains that antibody tests are not specific because there are other mycoplasmas that cross-react.

“Normally we use the cell wall proteins as markers for the bug, but because [Mycoplasma bovis] doesn’t have a cell wall and just has a membrane around it, that means the only markers you have are things inside the cell that we call the cytoplasmic antigens. They tend to be more cross-reactive between different species of organisms.

“Equally if you look at a molecular technique like a pcr technique that looks at the genes of the bug, it’s very good if you happen to get the right tissue. But they’re not quite sure which tissue to sample. They think possibly tonsillar tissue is best.”

“The eradication approach will allow them to find out a lot more about the testing, then if they are forced into a control programme long term they at least will have better technologies to manage the infection.”

He says the basic technology exists but will need research and refinement.

“We live in a world of constant improvement. You don’t just want to get something to work, you want to find out how to make it work better or cheaper or faster or whatever else. It’s a constant learning platform where you’re trying to refine and improve things all the time.”

Griffin was speaking as DRL moves to strengthen its position as a commercial player in the dairy industry, having forged an agreement with CRV Ambreed to become its preferred technical and diagnostic services provider.