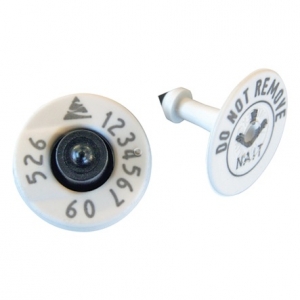 Farm to farm movements are being monitored and if you’re not recording them on NAIT expect a call, says Stu Hutchings of NAIT parent body Ospri.

His comments come as NAIT embarks on a publicity campaign of “strong reminders” why all cattle and deer movements must be recorded on the NAIT (National Animal Identification & Traceability) database within 48 hours.

“We’re going to be doing quite a big media campaign to make farmers aware of their obligations,” he told Dairy News last week.

NAIT estimates 75% of all cattle and deer are now registered but by the end of June it wants 100% compliance. It is also wants to see a dramatic improvement in recording of farm to farm movements: audits of transport company records cross-referenced with NAIT’s database show only about 40% are recorded on NAIT, compared to near 100% for movement to saleyards or processors.

Hutchings says the initial aim is to get that to 80% of farm to farm movements recorded. While NAIT doesn’t have a breakdown of compliance by sector, he acknowledges dairy is likely to account for many farm to farm movements. “There are a whole lot of benefits of recording movements on NAIT. For dairy, scanning cows or heifers going off to grazing, or coming back, gives a really good stock take of the animals you’re sending and getting back, and making sure you’re sending the ones you want to.”

At an industry level, if all movements are recorded lifetime traceability means trade and market assurances can be made, and up-to-date records of what animals are where, and where they have been, will be invaluable in the event of a serious disease outbreak, he adds.

“We’ve been using it to a huge extent with TB breakdowns. There have been some significant ones in dairy herds recently which have been related to stock movements.”

In the event of an outbreak of a highly infectious disease such as foot and mouth, time is of the essence which is why there’s a requirement to log movements within 48 hours.

“If we get a serious disease outbreak we need to know where all the stock are in the country and where they’ve been. That data needs to be really current.”

At present, of the movements that are recorded, “a lot are in the first week, then it tails off,” says Hutchings. “It’s something we do want to increase awareness of. It has to become part of their day to day management.”

Even movements to and from shows must be logged.

“Those events are quite critical when you think about it in a disease outbreak situation.”

Farm to farm movement records are only mandatory if more than 20km or the animals are moving to the management of a PICA (Person In Charge of Animals) with a different NAIT number.

Hutchings says if NAIT finds such movements haven’t been recorded the PICA’s concerned will get a phone call in the first instance.

“It’s about education and training. We’ll be asking them how can we help get it done.”

Ongoing or blatant non-compliance will trigger further action which could result in referral to MPI which has the power to issue infringement fines of up to $150/animal.

“So it can become fairly significant for large mobs of cattle but by the time it reaches that stage [the farmer] would have had plenty of opportunity to sort it out.”

But Hutchings says the focus should be on the benefits using NAIT can bring.

By June 30 all cattle and deer must be tagged with NAIT compliant tags and registered on the NAIT database. Currently it estimates 75% are, though Hutchings says he expects dairy is better than some sectors.

The option of sending untagged animals direct to slaughter and paying an impractical-to-tag levy also ends June 30 but will likely be replaced with a permit and fee scheme for animals that really are too dangerous or impossible to tag.

However, a badly torn right ear where tags have been lost is no excuse, it seems.

“You can put the tag in the other ear if you need to.”