Aim for better control of mastitis at drying off 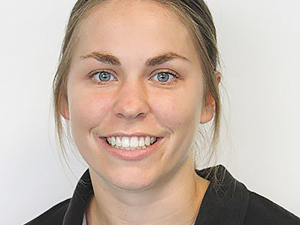 Mastitis control must be front of mind for farmers preparing to dry off cows for winter.

It’s best practice only to use antibiotic dry cow therapy (DCT) to treat cows that display mastitis symptoms. For other animals, use alternatives such as internal teat sealants to prevent mastitis infection.

Interestingly, research has found that internal teat sealants are just as effective as DCT. They reduce rates of new infections over the dry period and reduce rates of clinical mastitis in the subsequent lactation.

Here are a few tips when using ITS:

• work with your vet to ensure anyone administering ITS receives thorough training first.

How do you determine which cows need antibiotic DCT versus ITS?

The best way to identify which cows need antibiotics is to individually test your herds SCC, which can be done through a herd test or culture test by a vet.

Finnigan two years ago was having to treat up to a quarter of her herd (about 50 cows) with antibiotic DCT, but this year she’s only had to use it to treat five cows.

She achieved these results thanks to the support of her local vet who recommended she milk test cows with mid-high SCC to identify the type of bacteria causing the infection and develop a tailored treatment plan based on the results.

She believes it’s equally important to target cows with a mid SCC, which can sometimes “go under the radar” as they pose just as big a risk to infect other cows with Staph aureus as those with a high SCC.

She recommends farmers talk to their vet about the benefits of milk testing as part of their strategy to prevent mastitis.

“If you don’t know what’s causing it, it’s difficult to deal with it. Milk sampling has given us a lot of information that’s been really helpful and given us a pathway to reduce our SCC and the use of antibiotics.”

She says the milk sampling was relatively inexpensive and saved her money in the long run.

“Milk tests (through our vet) cost about $10 a sample, whereas the cost of DCT antibiotics is about $12 a cow. It’s worth doing as you’ll save 30% of your cows needing antibiotics. You’ll be in no worse a position this year and in a better position next year.”

For more information on drying off and preventing mastitis visit dairynz.co.nz/mastitis

• Kate Stewart is a DairyNZ consulting officer in Palmerston North.

Coronavirus could make the 2008 Global Financial Crisis look like a walk in the park — but it’s not all bad news for ag, claims economist Cameron Bagrie.