Payout too hard to predict 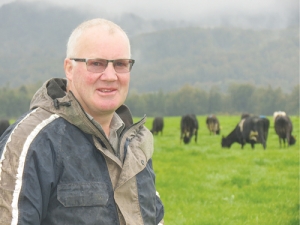 Westland Milk Products chairman Matt O'Regan says it's very hard to predict a payout price given the volatility of the international market.

O'Regan told farmers at his company's recent annual meeting that until the present world surplus of milk is worked through he doesn't believe the present predictions will change much. And he warns that if the price falls at the next GDT auction it will put pressure on existing predictions.

"Farmers are in a survival mode but they recognise this is an industry thing and not to do with any one company. Farmers turned up at the AGM to see whether there is any light at the end of the tunnel and to find out how the company was progressing with its added value strategy on nutritional and UHT products.

"I think the mood was supportive of the company direction during this tough time."

O'Regan says farmers understand the problems of market volatility and he warned them that the current payout level may last longer than predicted some 18 months ago.

He says he briefed farmer shareholders on how they propose to change the capital structure of the cooperative and changes to the way they will report on the payout. The co-op will announce an 'average cash payout' which will more accurately reflect what farmers will actually receive, excluding colostrum, bulk lepto tests and retained earnings.

About 140 farmers attended the annual meeting in Greymouth which is roughly the centre of the Westland region. WMP predicts only a 3-4% drop in milk production in the region this season.

Two new directors have been elected to the Westland board following the retirement of two previous directors.

The new directors are Rebecca Keoghan and Peter Morrison. Keoghan and her husband farm near Westport and she is the business manager for Landcorp's dairy farms in the area.

Morrison lives in Canterbury and has dairy farming interests there and on the West Coast. He is the son of Pat Morrison who served for many years on the former Wool Board.