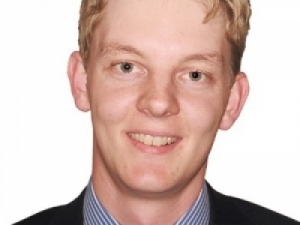 Australian National milk production could drop as much as 5% next season, taking the national output to levels not seen since the drought.

According to Dairy Australia's June 'Situation and Outlook', a dry season and the recent drop in farmgate milk price has also smashed farmer confidence, a recent survey suggesting only 50%, or fewer, farmers feel positive about the industry.

The report says farmers can expect the impacts of the deep and persistent trough in international dairy markets and the low farmgate price to persist until at least the start of 2017 when it is hoped the global supply glut will start to ease.

Despite more stable operating conditions and farmer sentiment, producers in northern NSW, Queensland and Western Australia are on high alert for flow-on impacts of the late season farmgate price cuts in southern Australia.

Dairy Australia senior analyst John Droppert says the impact of domestic and international events on many farm businesses could not be downplayed.

"Managing short term pressures to achieve longer term business plans will prove a greater challenge than usual in the months ahead," Droppert says.

However lower international grain prices have taken some time to flow through to the Australian market and hay stocks remained tight.

Droppert says national milk production is expected to be down about 2% for the 2015-16 season to between 9.55 and 9.65 billion litres.

The outlook for 2016-17 is heavily dependent on seasonal conditions, but with the pricing environment looking tough a further 2-5% fall in production is anticipated. "1-2% is a conservative estimate, but 5% is a pretty substantial drop in production so it's at the negative end of the spectrum," he said.

Droppert did not rule out a worse scenario but said, "We are looking at a season that by all accounts should be more favourable in terms of rainfall."

He says the reduced production would not impact domestic supply, but would be taken off export markets.

Despite the gloom, dairy demand has recovered in most importing regions over the past 12 months, with the overall volume of dairy trade up nearly 6%.

China has been responsible for much of this growth, with total exports to the country up 16% in volume.

Exports to Southeast Asian markets have continued to grow, with strong expansion in milk powder categories, while export volumes to the Middle East and Japan have eased slightly.

However, Droppert says supply continued to outpace demand, with inventories in many parts of the world building as production in Europe and the US continues to expand.

"Despite early signs, a global market turnaround remains unlikely until 2017," he says.

To read the report visit

The Australian dairy industry will need 800 extra workers on farms by 2023.

Steady as she goes

As now widely reported, dairy markets are in a somewhat balanced phase.