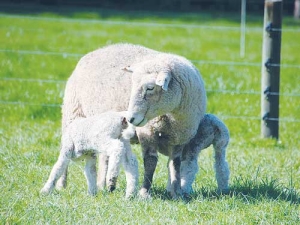 The 15,000 bales on offer from both centres this week saw a slight easing for most types.

New Zealand Wool Services International marketing executive, Malcolm Ching reports that the 15,000 bales on offer from both centres this week saw a slight easing for most types.

Higher volumes than anticipated, a stronger New Zealand dollar and sluggish overseas interest over the past weeks added to the softer tone.

Despite the easier market, 93% sold. The weighted currency indicator lifted 0.83%.

Ching advises that compared to the December 3 sale, Mid Micron Fleece were 2.5 to 4% cheaper.

Compared to the North Island sale of December 10, Fine Crossbred Fleece and Shears were generally 1 to 3% cheaper however some specific types resisted this trend.

Crossbred Shears were firm to 2% cheaper with good support for the better style shorter wools.

There was good competition with China, Australasia and Western Europe principals supported by Middle East, United Kingdom and India.