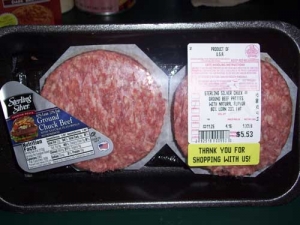 US beef and pork producers are bemoaning their lack of access to the huge Chinese market.

China is one of few markets that never reopened to US beef after a case of bovine spongiform encephalopathy (BSE) --  commonly known as mad cow disease -- in 2003.

Then, and for years, the loss of the China market wasn’t a concern – the Asian giant was not a large importer of beef. But that changed in 2012 when beef import demand in China surged due to strong economic growth and a sharp decline in domestic production.

And the US industry remains sidelined while Australia, Uruguay, New Zealand, Argentina and Canada are all gaining a strong foothold in China.

Key competitors have also got ahead via free trade agreements that cut import duties on their beef and pork products.

Still, US Meat Export Federation president and chief executive Philip Seng says being shut out of the Chinese market affects the prices US beef cuts fetch elsewhere in Asia, as China has begun to strongarm the global beef trade.

Seng says China’s stance on BSE is not science-backed.

“Considering we export to 100 countries, all [convinced] US beef is safe, it would be easy to view China’s import conditions as overly strict,” Seng says.

“But [many more beef exporting] countries are meeting China’s requirements, aware of the market’s potential global impact on beef demand.”

In mid-2014, he says, China began testing beef imports from Australia for hormone residues, citing a hormone ban in place for a decade, but only sporadically enforced.

Australia responded quickly with certification to meet China’s demands. Australian exports to China dipped nearly 50%, but temporarily, as its producers adjusted and shipments to China shot back up.

Similarly, in Argentina, where trade was suspended due to a finding of vesicular stomatitis in dairy cattle, government and industry reps rushed to China to meet officials, reaching agreement to resume trade.

Says Seng, “Our competitors have learned that the best way to do business with China… is to meet its expectations.”