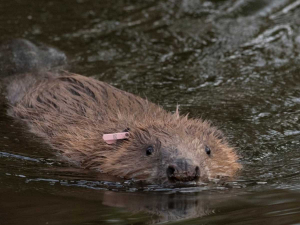 Late last month, a pair of Eurasian beavers were released in Somerset in South West England by the National Trust.

The release follows the UK conservation governing body’s announcement in November last year that it would be releasing the beavers into two sites in the south of England.

Beavers became extinct in England in the 16th century after intensive hunting for their fur, meat, and scent glands.

The National Trust says their reintroduction can reduce flooding and improve biodiversity.

But not everyone is happy about their reintroduction.

Farming UK reports that the National Farmers' Union (NFU) has expressed concern about the reintroduction of the species.

It says that the NFU believes releasing the animals loose in the wild could have a 'massive impact' on farming and the countryside.

NFU senior countryside adviser Claire Robinson told The Telegraph: “Any species introduction, particularly if it has not been in this country for hundreds of years, can have a massive impact on the many benefits that the countryside and farming delivers,

“Beavers in the wild could have potentially serious implications on farmland such as land drains being blocked in lowland arable areas.”

A new University of Exeter study looks to validate some of the NFU’s concerns.

The five-year study on the impacts of beavers on the English countryside found that whilst the animals can bring ‘measurable benefits’ to people and wildlife, some farmers will be affected.

The study shows that the animals created ‘adverse impact’ on five farmland sites.

The authors state that beavers will create ‘localised problems’ for a ‘handful of farmers and property owners’.

They add that the reduction of flood risk in communities downstream may come at a cost of water being stored on farmland upstream.