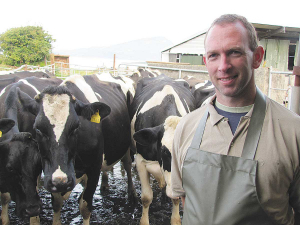 Irish farmers are facing similar concerns to their NZ counterparts about how they can reduce the agriculture sector's greenhouse gas (GHG) contributions without severely restricting their future production and profitability.

The Irish Farmers Journal reports that "massive cuts" to Ireland's cattle herd are on the cards unless alternatives can be found to agriculture's contribution to that country's GHG emissions. The paper says Ireland's new Climate Bill - published late last month - aims to reduce the country's GHG levels to net zero by 2030.

Ireland's 51% target of reductions in GHGs by 2030, means the country's farming sector is facing significant challenges. Currently, the Irish agriculture sector accounts for 34% of the country's total emissions.

The paper says that unless new technologies are found or emissions calculations introduced, hugely reducing the number of livestock in the country will be the deciding factor in meeting the new targets for the agriculture sector.

Specific GHG reduction targets for each sector of the Irish economy - including agriculture - are expected to be set by the Climate Change advisory Council and Government in the next few months.

The Journal reports that the council had previously suggested that up to 53% of the country's suckler herd - some 536,000 cattle - would have to be culled from the national herd by 2030 to meet the emissions target. However, it also has promoted the idea of more forestry and improved fertiliser use as possible solutions as well.

However, at the moment, the reality for the Irish farm sector is that withouth new technologies the Climate Bill means an end to increasing herd sizes and a big reduction in cattle numbers.

Environment Minister Eamon Ryan highlighted, at the launch of the bill, the importance of biodiversity. He promised farmers they would be "paid properly for looking after nature."

The Irish farm sector says the next decade will be crucial in shaping how future generations will farm in Ireland. It is now waiting on how Agriculture Minister Charlie McConalogue responds to the targets and what support he will offer farmers to meet them.

OPINION: The Hound was intrigued to read about a project that NZ scientists are working on to reduce greenhouse gases (GHG) produced from sheep by encouraging the animals to empty their bladders at night!