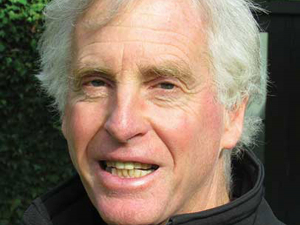 Derek Daniell is a leading ram breeder based in the Wairarapa.

OPINION: It’s hard work as a strong wool grower but I firmly believe New Zealand wool is on its way to reinventing itself.

There are a number of exciting things happening and I’m optimistic for the future.

First step is the proposed merger of operations between Wools of New Zealand and CP Wool, which is owned by Primary Wool Co-operative. Online voter information meetings are now underway and these are a great opportunity for shareholders of both organisations to hear about the plans and ask questions.

I’m a shareholder in both WoNZ and PWC – I was among those who put in funding from the outset to get WoNZ up and running. I’m also a supplier of rams to farmers in New Zealand. We sell 2,500 rams a year from Cape Reinga to Bluff – mostly Romney and FE resilient, with some composites, terminals and Wairere merino halfbreds.

I’ll be voting yes to the merger of operations. Because while WoNZ has done great work to produce branded wool carpet at prices that compete with synthetics, rather than just trying to sell fibre, it lacks the scale to build fast on those gains.

It’s a long chain to send wool to Turkey, get it back as carpet and out to stores around the country. The working capital PWC can provide as a large wool broker will be critical to that chain. We need scale to make things happen.

Combined, the two organisations will have a far bigger number of shareholders and interested parties, and 37% of the New Zealand wool supply.

In another exciting development, Wool Research Organisation New Zealand (WRONZ) is focused on deconstructing wool to a cellular and particle level – effectively in powder or liquid form - and reconstructing it for various product uses, ranging from cosmetics to printing.

I have visited their pilot plant near Lincoln. This is a transformational project with seven years of R&D behind it. Its aim is to take strong wool into a multitude of potential uses, several of which promise to be high volume as well as high value. The next stage is likely to be a call for capital for a plant capable of processing 20,000 tonnes of wool annually.

Farmers are disillusioned with wool. Sheep numbers are shrinking fast because of subsidies for carbon credits. Another risk to the wool industry is farmers moving into ‘bare sheep’ or ‘shedder’ sheep like Wiltshires. This also risks the loss of sheep genetics built up over generations of animals that do best in our New Zealand conditions.

It takes time for the rubber to hit the road. The merger of operations provides an incentive for farmers to stay in wool. The two organisations have been very clear that it is going to take time to lift prices - but this is a catalyst for change.

Those of us with longer memories will recall how until 30 years ago wool was earning more money than meat. It was typically 60% of income for a hill county farm in the 1960s and 1970s.

I certainly don’t think we’ll return to those days. However, as these various initiatives mature, there is real potential for sheep farmers to once again realise dual incomes from their sheep.

Derek Daniell is a leading ram breeder based in the Wairarapa.

In November wool-growers will vote on a proposed merger between grower-owned export and marketing company Wools of New Zealand (WNZ) and Primary Wool Co-operative to form a fully integrated supply chain business.

Approximately 2,100 farmers will vote in November on a proposed merger between grower-owned export and marketing company Wools of New Zealand (WNZ) and Primary Wool Co-operative.