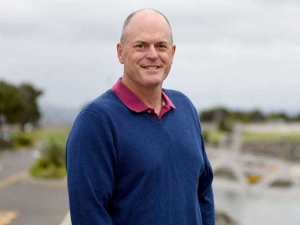 OPINION: New Zealanders have a natural affinity with our water. Whether that be swimming at the beach in the beautiful Bay of Plenty, kayaking on a West Coast river, or pulling in a snapper on the Hauraki Gulf to take home for the family dinner.

There is no argument that kiwis want clean and healthy waterways where we can swim, surf and fish. Nobody wants to see plastic in our oceans, polluted rivers or septic beaches that are unable to be used – yet these issues continue to prevail and in some cases are getting worse. The challenge is that while we all agree on the ultimate goal of improving water quality, there is disagreement on what needs to be done to achieve it, the pace and scale of change required, and whether we are open to storing more of it to assist.

The simple truth is that while everyone says they want clean water; many envisage it as being ‘someone else’ that needs to change their behaviour or spend the money to achieve the goal.

Our country’s reality is that we all need to play a role in the solution. We desperately need to shift the national dialogue away from one of blame and scapegoating to something more conducive to addressing the complex challenges we are facing.

First up, let’s celebrate the good work farmers are doing. There is an ongoing lament that our rural communities are largely to blame for the degradation of our waterways and if only they would do something about it, the issue would be sorted. The Government’s Essential Freshwater package was almost entirely framed as a rural NZ issue as well.

This is a simplistic interpretation of the state of our waterways and doesn’t give credit to the huge amount of work that has been occurring on-farm over the last decade.

I accept historical farming practices caused significant degradation of our rural waterways, and farmers were not fully aware of the damage their practices were causing. Indeed only a generation ago, putting a dairy shed close to the creek was seen as sensible, and the resulting effluent run off helped grow good sized eels that the local kids would haul out of the stream.

As farmers became more aware of their collective impact, they took steps to reduce it with significant investments in upgrading effluent systems, riparian planting and fencing off waterways.

There is still more to be done but they have had huge success – we cannot expect farmers to undo the unwitting damage of successive generations in one. Moreover, it is bloody tough driving for constant improvement when all you hear is how bad farming is on the environment.

Can urban New Zealand say they have wholeheartedly embraced change in the same way? Only recently Wellington’s failing wastewater network was draining raw sewage at a rate of 100 litres per second directly into the harbour – and Wellington’s experience is not unique. Every year around two billion litres of sewage-inflicted water ends up in Auckland’s Waitematā Harbour. That’s just under 5.5 million litres every day – or 63 litres every single second.

These issues haven’t arisen over night. They’ve been coming through the pipeline – for lack of a better term – for decades. Our country’s population has grown well ahead of our antiquated infrastructure which is now groaning under the pressures of population growth and urban sprawl.

Councils know they need to spend money to improve it, but increasingly come under pressure from ratepayers to put off upgrades and repairs to keep rates low. Think back to the October local elections, can you recall anyone standing in your local town saying ‘vote for me, I’ll put your rates up but the water quality will be better’. On the off chance you can, I bet they didn’t win!

The coming decades of water infrastructure investment will be hugely expensive and the cost will be borne by all of us – rich or poor, urban or rural. Relatively cheap wins on farm are now hard to come by and our failing urban storm and wastewater systems will need urgent repairs and upgrades that come will a price tag in the billions. Overlay impacts of climate change, and in my view, water becomes one of those tough but required conversations for NZ.

It’s time we brought more maturity to that conversation. A couple of suggestions to start the BBQ season. Talking water quality, let’s start the uncomfortable personal conversation around how much we are each prepared to pay for improved water quality in our town or city.

But to really get those BBQ conversations humming, how about having another think about building dams to support significant water storage. Water will be the currency of global success in this century. Those who have it will prosper in an increasingly dry world.

Water is one of our country’s strategic assets. Maybe it could even power an economy less dependent on fossil fuels. But we are going to have to build some stuff and be prepared to pay for it.