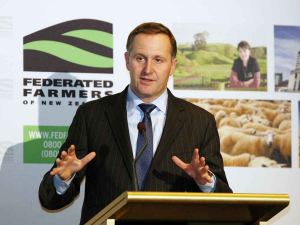 Former Prime Minister John Key said, at the start of the Level 4 Lockdown, that businesses should be concerned about their reputations.

“Companies should apply the front page of the newspaper test to understand how its actions and announcements are perceived,” he explained.

This should be the test that the New Zealand National Fieldays Society employs to its more than 1100 exhibitors.

Rural News has outlined how Fieldays is playing the long game when it comes to the question of refunds.  In the last week or so, it has come off the fence and offered three choices. Exhibitors can either roll over their 2020 fees as a credit for the 2021 event, use the site payments to take part in a Fieldays Online website, or accept a refund of 80% of the pre-paid fees.

It is also refusing to refund ‘Premium Reserve Fees’ – paid to secure preferred sites. Rural News has sighted correspondence on the matter, where an account manager comes up with an illogical reply: “regarding the Premium Reserve site fees – these are non-refundable as soon as they are paid.”

It is interesting to compare other organisations, who found themselves in a similar place to Fieldays: Stuff Events, the organisers of The Central Districts Field Days, had to cancel its event at one week’s notice. However, it gave all exhibitors a 100% refund in the days that followed. Likewise, the Sheepmilk NZ organisation had to cancel its national conference and refunded all monies on the day of the cancellation.

By contrast, Fieldays had 87 days to run until the event in mid-June. But is only planning to give partial refunds commencing on June 20 – a full two months after the event should have been canned and a lifetime in the cashflow of many of its exhibitors.

A survey by the Tractor and Machinery Association (TAMA) – which represents the majority of tractor and machinery importers, distributors and manufacturers – threw up some interesting responses. Some 92% of companies were not interested in Fieldays Online, 75% would not attend a Fieldays event if it’s rescheduled for later in the year and 70% want a full refund of their pre-paid site fees.

The Fieldays marketing machine tells us every year that it’s worth over $500 million to the NZ economy. Not bad, were it true, for a $12.4 million business, that operates as a charity, pays no taxes and generates a $770,000 surplus (year ending 30 Sept 2019).

Perhaps it’s time for the good folks at Mystery Creek to start thinking about their reputation, if it’s not too late!