Science and fairness asked for by farmers 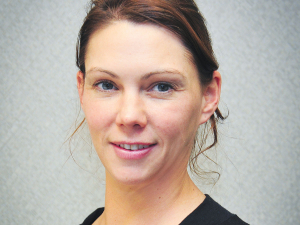 OPINION: Climate change is a hefty challenge, and sheep and beef farmers feel its effects in more frequent floods and extreme droughts.

This is why Beef + Lamb New Zealand (BLNZ) backs the objectives of the Zero Carbon Bill and why – as a sector – we’ve already announced a target to be net carbon neutral by 2050.

BLNZ backs the Government’s targets of net zero by 2050 for the long lived gases CO2 and N2O. Getting CO2 under control is critically important because fossil fuel emissions will ultimately affect whether or not the world succeeds in combating climate change.

Where BLNZ differs is the proposed targets for methane. Whereas the targets for CO2 and N2O are net targets – meaning they can be offset by planting trees – the target for methane is for a gross reduction of 24 - 47% by 2050, with a 10% reduction by 2030, meaning absolute methane emissions have to be reduced.

This is important because a net zero target for long lived gases means those gases will still be contributing additional warming until 2050, whereas the Government’s steep targets for gross reductions in methane mean farmers will be effectively cooling the planet to offset an inability, or unwillingness, to deal with fossil fuel emissions.

It essentially means farmers are being asked to do more than other sectors of the economy.

BLNZ decided this by using the latest science on methane’s role in climate change.

Scientists, such as Professor David Frame of Victoria University of Wellington and Professor Myles Allen of the University of Oxford, have found that gross reductions in methane of just 0.3% per year are required for methane to no longer add additional warming – effectively the same as what net zero will mean for carbon dioxide and nitrous oxide from 2050.

This science has been crucial for informing BLNZ’s submission on the Zero Carbon Bill. It’s why we’ve advocated for a gross methane reduction target of 10% by 2050 (the same as 0.3% per year) and up to a further 12% net reduction (the ability to offset methane emissions) if required.

This further 12% net reduction reflects the fact that if other countries do more to reduce their emissions, then more needs to be done on methane reductions. But having this as a net, rather than a gross, target gives farmers flexibility in meeting it given the large amount of uncertainty on how other countries may perform in meeting their Paris Agreement commitments.

We’ve also proposed the Government investigates a gross reduction target for CO2. As things stand, theoretically all CO2 emissions could be offset by tree planting, which would serve as only a temporary carbon sink and not address the real issue.

Finally, while submissions on the Zero Carbon Bill are now closed, another climate change matter is being considered by the Government – the approach they’ll take to farm level emissions pricing. Two options are before the Government.

Option one is the Interim Climate Change Committee’s recommendation for an interim processor levy until 2025 to fund the development of a farm level emissions pricing model. Option two – the Primary Sector Climate Change Commitment – has been put forward by 11 primary sector groups to fund the development of this farm level emissions pricing model out of existing revenue streams without the need for an interim processor levy.

Farmers are encouraged to go to the Ministry for the Environment’s website www.mfe.govt.nz and click on ‘Action on agricultural emissions’ and have their say in support of option two.

Net zero carbon grapes at the gate is just one of the aspirations of Dog Point Vineyards, as it embarks on a programme of carbon insetting within its own value chain.

Going to the source

Grapes need it, consumers expect it, and importers will increasingly demand it, says Meagan Littlejohn of climate action in the wine industry.

ES to set up regional working group on climate change