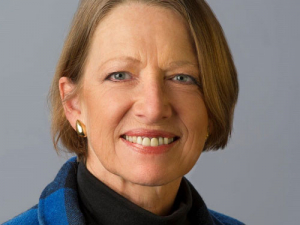 OPINION: Immigration NZ should attract immigrants to our primary sector as well as they attract overseas investors and entrepreneurs to our economy.

New Zealand Now, the website of Immigration NZ, declares that ‘Over the last 30 years our economy has gone from being one of the most regulated in the OECD to one of the least regulated, most free-market based economies’.

It goes on to extol the virtues of the land: ‘Fertile soil and excellent growing conditions coupled with sophisticated farming methods and advanced agricultural technology provide the ideal environment for pastoral, forestry and horticulture activities. Various primary commodities account for around half of all goods exports…’.

These are fabulous words supporting the importance of the primary sector – but ‘least regulated’ might have been a surprise.

The result of the comparison almost certainly depends on the methodology of the research, but New Zealand Now states that ‘NZ governments have put a lot of effort into simplifying business rules and taxes. That’s made it increasingly easy for investors to get started and operate here’.

For the primary sector, however, the normal day-to-day operations inherent in managing an operation on the land involve more regulations, more compliance requirements and more monitoring by authorities than ever before.

There is more observation and reporting by society as well.

Most people, including local and national government, probably have the same goal of maintaining and improving NZ’s environment while remaining financially viable. External observers (and commentators) probably don’t realise how very slim the margins are in food production in most years. Nor do they realise how much money has already been spent on plantings, sediment traps and upgrading infrastructure – the ‘sophisticated farming methods and advanced agricultural technology’ mentioned by Immigration NZ.

At the same time, changes on the land are needed to achieve the social licence to operate (SLO).

2019 will be the year of measurement – measurement to prove what is being done and how well NZ production systems compare with other countries; and also how the primary sector contributes to NZ’s well-being.

SLO is not a new problem: slavery, drugs and smoking are past examples. But since 1997 the term has been applied to the way industries developing or extracting natural resources run their operations. The scrutiny has developed because of failures such as chemical spills leading to conflicts with communities. Who pays to clean up and restore ‘nature’? Concerns have translated directly into action against resource projects at the local level. Who benefits from and where does the cost fall for mining and hydro dams, for instance?

Research on achieving SLO has suggested three factors critical for future operations: trust, fairness and governance. This means explaining, investing in the community and being transparent. In similar vein, the Institute of Directors suggests building trust by telling ‘your story’ in a holistic and transparent way, engaging with the community and being prepared to respond ‘quickly and positively to public scrutiny and criticism, including in social media’.

Responding takes money and time, which is increasingly scarce as the paper-war continues. But the alternative is worse, and though other countries survive on government subsides, NZ is still the exemplar of independence.

New Zealand Now has been designed to attract immigrants: ‘Our unmatched quality of life and thriving but stable business environment make NZ an ideal destination for savvy investors and entrepreneur’.

The same needs to be true for the primary sector. Ongoing explanation and provision of data to independent analysts is vital in gaining the SLO and so is telling the stories of what is being achieved.

People need food and NZers produce some of the best in the world. The most powerful stories are based on facts, evidence and data. A domestic equivalent of New Zealand Now is paramount in achieving better understanding.

• Dr Jacqueline Rowarth CNZM CRSNZ HFNZIAHS has a PhD in soil science and has been analysing agri-environment interaction for several decades.