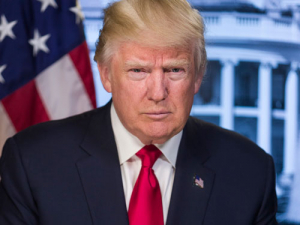 The world changed, for better or worse, with the inauguration of Donald Trump as US President.

While many argue the merits of Trump’s policies and even take to the streets to oppose them, the main thing for New Zealanders to consider is how these policies may or may not affect us as a trading nation: the primary sector, especially, stands or falls on world trade.

Trump’s inauguration ushers in dramatic change especially in that sphere. The new president’s discarding of the TPP and signalling an ‘America First’ flavour to trade deals offers both challenges and opportunities for NZ. Add to the mix Brexit, and it means the world of trade has absolutely changed.

Calls by opposition parties, political activists and media talking heads for Prime Minister Bill English to condemn and/or vilify Trump’s newly imposed immigration rules are naïve and foolhardy. How would these same people react to the US trying to dictate to our democratically elected government NZ’s immigration policies?

Meanwhile, English, on behalf of the nation, needs to ensure that the prickly President Trump – who can take offence at a critical tweet, let alone pontificating do-gooders – and the US find no excuse to punish our exports, NZ’s economic lifeblood.

Despite the US withdrawing from the TPP, the NZ primary sector remains strongly supportive of the deal. Both the Meat Industry Association and Beef + Lamb NZ argue that multilateral trade deals create stable and level playing fields that are important to the growth and prosperity of their sector and NZ generally. Work is now in progress on a possible TPP without the US.

Meanwhile it is imperative NZ’s trade strategy is reviewed in the face of growing anti-globalisation sentiment to ensure a continuing quest for opportunities to open up further export markets.

And this already appears to be happening. As reported in this issue, the hope is that formal negotiations for a free trade agreement between NZ and the European Union will begin later this year. Meanwhile, discussions with the US about a possible bilateral trade deal are also planned.

Beef + Lamb NZ says it is planning to step up its lobbying of industry groups in the US, UK and EU in the light of Brexit and Donald Trump’s election. Similar work is being done by NZ’s dairy and horticulture lobbies.

So forget about the political sideshows and concentrate and what really matters to NZ’s future prosperity – developing and enhancing international markets for our produce.
Tweet