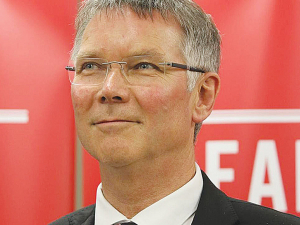 OPINION: What is it with the current Government and its infatuation with setting up committees and producing endless reports?

As one can expect from any type of government-induced report, most of these were heavy on slogans and rhetoric, but lacking in real detail or implementation.

However, one of these reports – and probably the one that will most impact on the primary sector – relating to new freshwater regulations passed into law last week.

Environment Minister David Parker crowed in a press release about how these new rules will “…deliver on the Government’s commitment to stop further degradation…and restore our waterways to health within a generation”.

These are indeed fine words and highly laudable goals, but they totally ignore the reality that it will mean huge costs and (many) unattainable targets for farmers and growers up and down the country.

As Beef+Lamb NZ chairman Andrew Morrison says, there has been little time to fully digest the details of the finalised essential freshwater policy and standards.

“There are areas we’re still not happy with, such as resource consent requirements for all winter grazing on forage crops and the grandparenting rules for hill country cropping,” he says.

“There’s a lot of complexity in these rules and it’s going to take time to work through all the detail, and there will be some challenges in implementation and significant costs for farmers.”

These new freshwater rules, on top of impending climate change and other regulations imposed on the farming sector, seem a strange way of ensuring the country’s economic powerhouse can help New Zealand recover from the financial mess Covid has left us in.

We cannot afford to hamper the main drivers of our primary sector – in the dairy, sheep and beef sectors, as well as the increasingly important horticulture industry – which between them contribute more than $30b in export revenue to our economy.

Whoever is in power after September’s election desperately needs to be far more proactive in this regard and less focused on establishing committees and producing pointless reports.