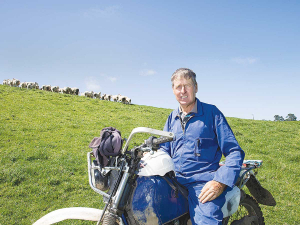 OPINION: Concerns over the freshwater decisions taken by the Government in August have centred on slope rules for stock exclusion and winter grazing of crops.

Government has told us that they are open to tweaking the rules where they can be persuaded. Farm levy organisations are saying to farmers, “trust us” to work constructively inside the tent to affect those tweaks.

Fair enough, if only tweaks are required.

The reality is somewhat different. There are many more concerns with the detail of the set of regulations, such as:

The stock exclusion rules superficially only apply to “wide rivers”, which is a misnomer when the definitions are applied. Stock exclusion is required along the entire length of any watercourse that has a defined bank, which in flood is wider than 1m at any point within a parcel of land. A stream doesn’t even need to be permanently flowing. There is no avenue to apply for an exemption to these rules, or to adopt a reasonable alternative.

The slope exemption for stock exclusion does not apply to dairy, dairy support and intensively grazed beef cattle. In effect, all streams and lakes, and many natural wetlands, regardless of the slope of land, require fencing to exclude these animals. Riparian fencing of land over 15° generally requires benching to create a fenceline. Expect increased sedimentation of streams from benching earthworks and stock treading.

All new culverts require consents unless a complicated list of conditions are met, including sufficient diameter such that the cross-sectional area of the culvert is at least that of the adjacent stream in times of major flood. The expense to reach this standard will deter farmers from installing further stock crossings.

Of wider concern is the extreme prescribed for any consent that may affect water quality.

Farmers will now have to convince councils that they can and will avoid,

minimise, remedy or offset all adverse environmental effects to a less than “minor” level in order to gain consent, and will be held accountable through consent monitoring.

If the lens of good regulatory practice is applied to the above, the gold standard is not to abate to a less than minor effect, but to a reasonably practicable level. That is, a level that is feasible and practical, and for which the costs are proportionate to the sustainability well-beings. That way, we

The first test any regulation should pass is that its benefits exceed its costs. As we face up to paying for the huge debt of Covid-19, it is even more critical that investments should be able to demonstrate value.

Firstly, ministers put the Land and Water Forum (LAWF) on ice. This widely representative group, who were knowledgeable and had skin in the game, operated in a collaborative manner and had produced excellent and robust work over almost a decade.

In order for the LAWF process to work, ministers had to step back and allow all the key issues to be worked through. Instead, for these new regulations the ministers set up various working groups to make recommendations for their decision alone.

Members were hand-picked by ministers rather than the normal practice of being nominated by stakeholders. The groups were told not to talk to each other, nor to stakeholders – so the process was shrouded in secrecy.

Is this democracy or dictatorship?

The minister predetermined the outcome with his terms of reference for the science technical group, requiring it to advise on science-based issues alone.

Minister Parker asked that they leave the wider economic decisions to him.

The spreadsheet summarising submissions does not list any submissions from individuals. The implication is that they were ignored. The published report from the panel that considered submissions and made recommendations to the minister acknowledged that, “we have had limited understanding of the effect of the instruments on the social and economic wellbeing of people and

communities. A report on the risk impacts was not available to us before the time for presenting this report.”

There is not a shred of evidence that the minister gained the necessary understanding of the range of impacts on the well-beings of sustainability and undertook any meaningful weighing of those impacts as fundamentally required in “achieving the purpose” of the RMA.

We all know that the regulations now in place will have huge costs – in monetary terms, on social impacts on hill country communities, and on the mental health of farmers as they try to implement the impossible.

These are just some of the relevant matters that the minister was required to consider.

It is high time that our farming levy bodies came outside of the tent and publicly told the Government that farmers are not prepared to be regulated for good management practices – unless they are based on good regulatory practice.

These regulations are so fundamentally flawed that a fresh start should be made to freshwater regulation. Making tweaks without addressing the fundamental extremism does not cut it.

The Government needs to recognise all of the voluntary efforts being made by farmers, and the great upsurge in catchment groups that are focused on local solutions to local issues. These efforts are achieving far more than prescriptive regulation can ever do.

While I support the need for regulation to bring the minority into line, the heavy lifting will be achieved through encouragement rather than punitive means.

Graham Pinnell is a retired farmer and natural resource engineer. He has served on two Crown regulatory boards.