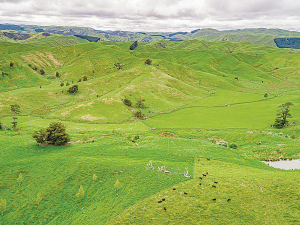 OPINION: As the country endures yet another lockdown in the battle against Covid, a nasty undercurrent appears to be rearing its head.

It is not mass dissent in the streets and people deliberately flouting the rules. In fact, the vast majority of New Zealand's population has been remarkably compliant and done the right thing.

Despite the overall - health - success of the country's fight against Covid, there are genuine questions about aspects of the Government’s response. Be that the leaky border, the awful rate of the vaccine rollout, concerns about vaccine supply, the economic damage of lockdowns and just exactly how truthful the information we’re getting during the daily sermon – 1 pm press conferences – from the ‘pulpit of truth’.

However, when anyone does pose such questions they tend to be shouted down – usually by self-important, partisan critics on social media with too much time on their hands – for not being part of the ‘team of 5 million’ or ‘playing politics’ with peoples’ lives.

The reality is that if these same critics believe that the Government is not ‘playing politics’ with the way it is handling the Covid response, they are either naïve or being deliberately deceptive. All governments are political!

Unfortunately, a similar undercurrent of shouting down genuine criticism seems to be occurring in the agriculture sector.

Even blind Freddy can see that many of the rules and regulations currently being imposed or proposed on the farming sector from government are neither practical nor workable. Industry bodies claim they are ‘working’ with the Government and need to be ‘at the table’ so that can effect change. That is well and good. But this does, and should, not stop questions and criticisms of the efforts and success of these bodies getting practical and workable changes.

Yet, we see self-professed ‘experts’ and ‘professionals’— usually not farmers and with little or no skin in the game – criticising those who dare to ask such questions.

What is this about?

It is a sad state of affairs when debate and discussion in our sector is being shut down because it does not suit some peoples’ agendas. Surely we live in a democracy, not some dictatorship ruled by keyboard warriors and socalled industry authorities?

In fact, questioning and debate is the sign of a strong, vibrant and health sector. Long may it continue.

Free fruit and vegetables normally delivered to schools are being redistributed to charities during the current lockdown.