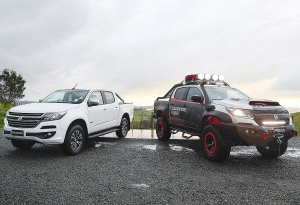 However, last week, Holden put its cards on the table, telling us it’s folding by the end of 2021 in both New Zealand and Australia. As the retrieval plans unfolds, it appears that the only staff to remain from the overall headcount of 800, will be those in the aftersales departments looking after service, warranty and parts issues.

Citing a global consolidation of the automobile industry, GM operations senior vice president, Julian Blissett noted that GM had worked through multiple scenarios, but ultimately concluded it was unable to rebrand and remain competitive with a product that only sold in two markets.

A further consideration was the fact that in other parts of the world, GM had removed itself from right-hand drive markets, so it was effectively building vehicles that sold only in Thailand and Australasia – all of which are relatively small markets compared to the rest of the globe.

The company has said that it will honour all service and warranty commitments, alongside making parts available for at least ten years. Existing dealers, 185 in Australia and 31 in NZ, will be offered contracts to become authorised service agents. They will also be helped with compensation packages and ongoing assistance to liquidate current inventories.

It is interesting to note that the manufacturing plant in Thailand, that builds the Colorado ute, has been sold to Chinese manufacturer Great Wall, which has already promised new product for the buoyant ute sector in NZ.

Holden has stated that it will continue to trade until the last unit is sold, while also ensuring ongoing support to the existing 1.6 million vehicles. At this stage, it says it is also in discussions to establish a supply chain to support GM badged, specialised vehicles like Silverado and Camaro.