Plenty of advantages to pregnancy scanning 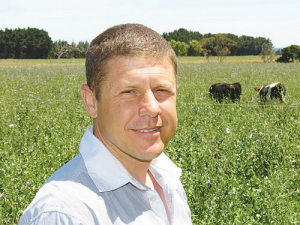 About 70% of farmers pregnancy scan their ewes which should occur between a minimum of 45 days after ram removal from the ewe flock and no later than 100 days after ram introduction.

At the same time the animals should be body condition scored.

Ewes generally need pushing into the scanning cradle, which means farmers are handling the ewes, so body condition scoring should be easy, aimed at identifying ewes with a BCS below 2.5.

At least eight productive benefits arise from pregnancy scanning and utilising these makes it a very cost-effective tool.

The first benefit is that non-pregnant mature ewes can be sold, so making more feed available for in-lamb ewes. With ewe hoggets, non-pregnant hoggets can be placed back on a feeding regimen that sees them requiring a lot less feed over winter than their pregnant counterparts.

The second benefit is that survival rates of newborn lambs can be improved by managing ewes based on pregnancy rank.

The aim is to ensure their lambs are born within the optimal 4.0 - 6.5kg birth weight range by nutrition management and other options such as mid-pregnancy shearing. These management decisions are further aided by knowing which ewes are in poor body condition.

A third benefit is that once a ewe is identified as being multiple-bearing she should be offered higher levels of herbage than single-bearing ewes. This should result in fewer ewe deaths due to pregnancy toxaemia.

A fourth benefit is that good scanners can identify the age of the foetus, or at least age range. This information can be used to set stock early lambing ewes earlier and holding the intakes of later lambing ewes. This will save feed and prioritise it to those that need it most.

A fifth benefit is a reduction in lamb losses due to starvation-exposure, which is the biggest killer of multiple born lambs, by placing multiple bearing ewes in more sheltered, flatter paddocks at lambing.

The sixth benefit is that the lactational performance of ewes early in lactation -- which depends heavily on nutrition in both late pregnancy and in early lactation -- and body condition score, can be manipulated.

Better feeding of multiple bearing ewes in late pregnancy, especially poor condition ones, will help ensure good colostrum production and good milk yield in early lactation. Multiple bearing ewes should be set stocked at lower stocking rates with higher allowances during lactation; this will not only improve the growth rates of their lambs but their condition at weaning too.

A seventh benefit is that knowing which ewes are set stocked in which paddocks, based on pregnancy rank, allows the farmer to select multiple born progeny as replacements, if he wishes to do so.

The eighth benefit is that if a farmer set stocks differing pregnancy ranks into different paddocks, then he/she with tailing information will have accurate lamb survival data for each paddock after a few years. This data can then be used to decide on which paddocks the most vulnerable ewes should be set stocked in.

Some farmers also use the knowledge of which ewes are singleton bearing to set stock them close to the yards, allowing for early weaning, because these lambs are likely to be the heaviest when prime lamb prices are higher.