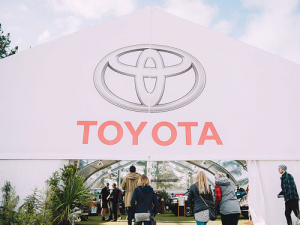 With a market that is relentlessly moving away from traditional saloons, Toyota keeps leading SUV sales with a wide range of models such as the compact C-HR, the RAV4, Highlander, Fortuner, Land Cruiser Prado and the Land Cruiser 200.

The increase of Toyota’s SUV sales, namely C-HR and RAV4, aided the 2018 sales record. Alongside this, the introduction of the Prius Prime saw an increase of 109% in the Prius family in 2018.

For those using bigger toys, Isuzu was – once again – the undisputed King of the Truck world in New Zealand for 2018. The brand claimed the light, medium and heavy commercial truck segment trifecta on its way to cementing its position as NZ’s number-one supplier of new trucks for a record-breaking 19th consecutive year.

Key to the success of the brand is said to have been enhanced vehicle reliability, as well as a renewed focus on the end-user. Further to the success of Isuzu is a continuation in the growth of the service side of the business, and much investment in the brand by dealers NZ-wide.