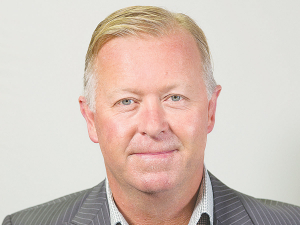 Andrew Olsen says RCNZ is encouraging its members to have early, face-to-face discussions with their customers and explain the challenges of rising costs.

Andrew Olsen acknowledges that he inherited a well-organised trade association, but thought it needed a few changes to the direction it was travelling.

"I've spent those last twelve months - Covid permitting - getting out and about around the regions, talking to our members to get a view of what they want from their organisation, understanding the problems they are facing and importantly, seeing how they interact with their customers and the wider agricultural community."

Olsen notes that while rising costs have hit the industry more recently, recruiting, training and retaining staff is still an area of urgent need for the sector.

"Just like most of the agricultural world, we need more highly skilled workers, but we also need to address the problems of attracting them in the first place, to what in many cases is a very seasonal industry."

Olsen says the pressure for the upcoming spring/summer campaign has eased with the reopening of borders and the ability to bring in skilled staff from the northern hemisphere. However, he reckons that most agricultural contractors have used the past two years to reflect a little and realise that they need to invest mor in "growing their own" staff for the future.

With this in mind, RCNZ had been working with rural organisations such as Federated Farmers, so its members were up to speed with issues such as rising fuel, fertiliser and labour costs - with the likelihood of rural contractors having to apply surcharges.

At the same time, it is also working on strategies to attract young people into the industry at a much earlier stage. RCNZ is reaching out to schools to sow the idea of becoming a rural contracting operator, alongside attaining Level 3 Unit Standards while still at school during Years 11, 12 and 13.

Olsen says RCNZ is also suggesting to students who are worried about the perceived seasonal nature of the industry that there might be opportunities to travel and work in the Northern Hemispheres during the Australasian winter.

Likewise, the organisation recently annoucned The Trainee Contractor of the Year Awards. These recognise achievement among early-stage operators, who work and train at the same time, achieving pre-determined standards, which are assessed and authenticated by their employers.

"Alongside the Primary ITO, we want to be out there promoting better pathways into the contracting industry and the opportunities it can offer," Olsen told Rural News.

Meanwhile he says RCNZ is encouraging its members to have early, face-to-face discussions with their customers and explain the challenges of rising costs.

"If we know our numbers, we can explain why it is necessary to raise our prices or implement surcharges in the case of fuel."

Olsen adds that this area has also been addressed with members, with RCNZ producing workbooks to accurately cost jobs, price accordingly and remove the shock of "where's the profit?" at the end of the season.

With 650+ members, RCNZ is also taking strides in ensuring it provides value to its members.

"With the industry changing at such a rapid pace, we must remain relevant," he says. "That old chestnut of 'that' the way we've done it for years' just doesn't wash anymore."

Olsen also believes the sector must not become stale and probably needs to become more diverse: "Starting with realising that around 50% of our potential workers aren't just male. At the same time, particularly after two years of Covid disruption, we probably need to start getting together again, something we will address with out regional roadshows commencing in August."

Too little, too late

Recent moves by the Government to loosen up the borders have been labelled as too little, too late for most industries in an agri-sector desperate for overseas workers.