No tiring after 90 years 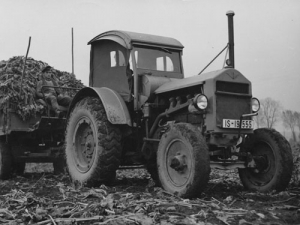 Tyre manufacturer Continental is celebrating the 90th anniversary of its launch of Europe’s first pneumatic agricultural tyre onto the market.

Its 1928 launch saw the advent of the T2 agricultural tractor tyre (AS), and four years later it produced the T3 AS tyre with optimised tread and improved tractive force.

Continental is said to have revolutionised the market again in 1938: as Germany’s first tyre manufacturer the company decided not to link individual tread lugs in its new T4 AS. Since then, the tread lugs in agricultural tractor tyres have been separated in the tread centre, which create a higher tractive force. What’s more, it ensured minimal slip by effectively interlocking with the soil, so rendering chains and grippers unneccesary.

Both tyres are characterised by their extreme robustness and durability, and also guarantee a high degree of ride comfort, soil preservation and tractive force.

They have Continental’s patented N. flex technology. This helps increase impact absorption thanks to the nylon textile, while also improving shock absorption due to its robust carcase.

In August 2018, Continental added the new TractorMaster radial tyre with leading-edge D.fine technology to its range.

Another reason not to leave the cab

Tyre maker Nokian is set to bring digital technology to those black, round items at the corner of your machine.

Tyres made for tough terrain

It's not only the rural sector coming under pressure to clean up its environmental footprint.