Keeping an accurate eye on seeds 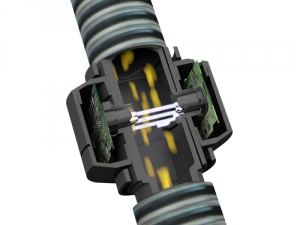 The measurement of seed volume is said to be 99% accurate in rape and 98-99% in cereal seeds with a rate of 250 seeds per second.

The system allows farmers to easily set the number of seeds required per square metre without the need for any calibration tests.

The company says counting seeds is far more exact then calculating quantity based on seed weight and it has been developed after customer requests to be able to predict total plants per square metre.

Units comprising six optical sensors illuminated by infra-red light are placed in the seed tubes. As seeds pass the light rays there is a momentary interruption which is recorded by an optical transistor.

The total number of 'breaks' is registered and processed, resulting in a measurement of seed volume said to be 99% accurate in rape and 98-99% in cereal seeds with a rate of 250 seeds per second.

The system is also said to be fully automatic and takes into account any dust or residue that might build up on the sensors.

In practice, the operator sets the desired seed volume per square metre with an iPad and without the need for a conventional style calibration test.

The drill’s radar measures forward speed, and works with the E-Control to continuously achieve the set-point with information being received from the SeedEye sensors. If the operator wishes to change the seeding rate, this is easily done via the iPad and happens instantaneously regardless of the tractor's forward speed.

Applying liquid manures or farmyard effluents to standing crops of forage maize is largely unheard of in New Zealand, but the practice is gaining ground in Europe.

No-till drill gets an upgrade

The John Deere 750A All-Till drill is a popular choice in New Zealand, offering high outputs in conventional, minimal and no-till regimes and precise seed placement.