Is big data all smoke and mirrors? 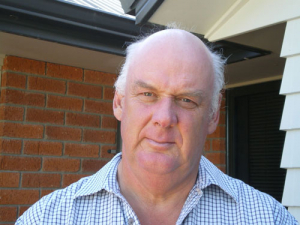 With a booming global population and more food required from farmland, the solution, apparently, lies in more data.

Data is the buzzword: there lies success if we all buy into it; but if we don’t we’ll be left in a cloud of dust.

But in reality the massive production increases won’t appear any time soon.

Promotors of the ‘big data’ concept would have us believe algorithms will replace people on the ground, so that the ‘people of the land’ will be sitting on their homestead porch watching 2001 A Space Odyssey on their smart devices.

Of course, automation will help to make us more efficient by reducing time and inputs. But the pro-data lobby forget to ask the question, “will it lead to the doubling of production that’s needed by 2050?” I think not.
What automation will expose us to is the risk of losing the experienced agronomists and advisors who now walk the paddocks of New Zealand; their passing will make way for anaemic laboratory-based interpreters who will look for abnormal patterns in their data streams.

Casting adrift the experienced people who between them have many seasons worth of experience is akin to giving a boatie the helm of an ocean liner because, of course, now it has an auto pilot.

Of course, these devices are useful and rather cool, particularly in livestock production, where they will allow more time for stockmanship; but it would be absurd to suggest that a farmer or stockman won’t need to get out on the farm. The theory that farms are, or could be, factories without roofs will lead to rural areas dying, farmland reverting to its native state and accumulated knowledge being lost.

But look at the practical side of embracing the 21st century and capturing lots of data.  Some may trumpet the need for a common platform with standardisation of control architecture and connectivity, but individual manufacturers will always want to paddle their own canoe in the direction they choose.

For example, look at the control modules -- ridiculously expensive -- installed in many tractor cabs, in contrast to the cheap smart devices that are freely available.

The pro’s will shout “this is the era of ISOBUS connectivity”. Yes, many tractors don’t have lights that work, never mind connectivity.

Also worrying are the questions “what data do I need? in what format is the data being generated? and who actually owns the data?” The first should be easy to answer, because farmers will surely decide what they want to record, collect and interpret -- although the manufacturer will likely decide on the data format. That requires that they stop puffing out their chests and shouting “ours is best”; much better to develop a common platform whose results will always belong to the farmer.

So, buying into ‘big data’ may seem easy, particularly if you buy into the marketing blurb such as, “our high-tech product, created at huge expense, will help feed the 9.5 billion souls who will inhabit Earth by 2050 -- all by doubling production”. But in fact it will do no such thing; the need is for more efficient agriculture and the best utilisation of produce by better distribution and much less waste.

Marketers need to understand that the average farmer can see through bulldust at a 1km range, so they had best take an honesty pill and change course. Then the advert would read “we’ve made something clever that will make your life a bit easier and more efficient”.

A large-scale Chilean livestock and cropping farmer, on a recent vsit to NZ, pointedly summed up the issue of ‘big data’:

“I currently have around 35 different streams of data arriving at my smart device or office PC every day. I’ve been responsible for 33 harvests on our family farm and the only real thing that has ever ruined our plans or compromised the harvest is the weather. Having data is interesting, but in the end it all comes down to experience.”

With the COVID-19 lockdown placing even greater emphasis on the need for reliable internet networks, a former All Black is working to keep New Zealand’s rural folk connected.

NZ agritech to get a Govt push

It looks like the agritech sector is set to get some backing from the Government.