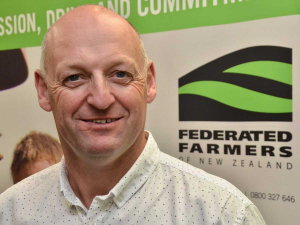 The results were presented in the latest Arable Industry Marketing Initiative (AIMI) survey.

Federated Farmers vice-chairperson grains, Brian Leadley says what is particularly encouraging in the survey is the fact fewer hectares were planted in total this season compared to last (98,090 ha vs 104,000), yet tonnes harvested were substantially up (873,080 vs 796,700).

"This is despite a severe early season hailstorm, flooding in some regions and some pretty variable weather. It just highlights that our arable farmers are world class," says Leadley.

"Some caution is needed when comparing the 2020 harvest with 2019 because last year was pretty poor.

There is demand for locally produced milling wheat and growers have responded by planting more hectares.

"I think there is also a recognition from growers that many modern milling varieties are performing well in their rotation, and this is supported by the good lift in yields seen this season."

As at 1 April, the survey indicated that feed wheat and feed barley plantings were going to be down on previous years. But milling wheat, milling oats and malting barley planting indications are in for an increase.

The feed shortage issues many livestock farmers are facing with the double hit of drought and COVID-19-related meat plant processing delays have been well publicised.

The group encourages farmers to talk to their vets or advisors on the viability of feeding grain.

MPI and partner agencies DairyNZ, Beef + Lamb NZ, AgFirst and Federated Farmers, are offering free feed planning support to farmers and livestock owners in all parts of the country.