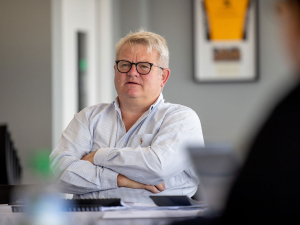 Australasian asset management firm Tanarra Capital and wool industry stalwart David Ferrier have lifted their stakes in WoolWorks and signalled a significant investment in the company.

Tanarra Capital, a growing diversified alternative asset investment business headquartered in Sydney, and New Zealander David Ferrier, have each taken a half share of WoolWorks after purchasing Lempiere Holdings’ 30% share of the business.

WoolWorks, which operates three wool scouring plants in Napier, at Clive and Washdyke near Timaru, is the largest woolscourer by volume in the world and handles 80% of all New Zealand wool.

“We are committed to growing the business as a partner alongside David Ferrier and the WoolWorks team,” says Maja Sliwinski, investment director of Tanarra Capital.

“What attracted us to WoolWorks was its resilience, reputation and exciting plans for the future. We view WoolWorks as not just best-in-class for wool scouring, but also a leading producer of wool-based solutions and ingredients such as lanolin,” she says.

“WoolWorks is the world’s only supplier of pure New Zealand lanolin, which has a high cholesterol content along with a high emulsification content, a pre requisite for those who choose wool grease to produce lanolin alcohol, cholesterol and Vitamin D3, as well as being popular for use in the manufacture of lanolin and lanolin derivatives.”

David Ferrier has been involved in the wool industry for the majority of his business career and originally purchased in 1999.

“Woolworks is a world leader in processing crossbred wool for local customers and others throughout the world,” says Ferrier.

“The company is focused on a series of strategic drivers to support future revenue and profitability growth. This includes revolutionary wool scouring innovations, investments in wool logistics and handling, wool grease recovery, decarbonisation and sustainability, strong wool value-add and healthcare.”

Ferrier says the company is keeping a close eye on the conversion of productive farmland into carbon farms.

“We share the red meat sector’s concerns about the unbridled ability of fossil fuel emitters to offset their greenhouse gas emissions by planting trees on productive sheep and beef farms.

“WoolWorks is worried the sale of sheep and beef farms into carbon farming will only accelerate as the carbon price increases and the Government must make changes to the Emissions Trading Scheme as a matter of urgency.”

WoolWorks has a significant environmental programme underway at its sites. It is replacing its Awatoto site’s natural gas-based hot water generation system with a modern efficient hot water heat pump, significantly reducing the site’s carbon emissions by almost a quarter.

WoolWorks is also switching from coal to an electrode boiler at its Washdyke site near Timaru in a separate project.