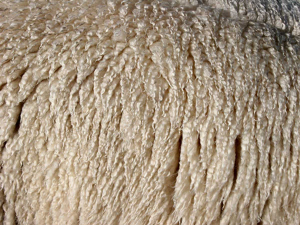 The attack stopped all wool sales in Australia for about a week.

The Sydney-based software is used in an estimated 75% of the wool trade in both countries.

The attack stopped all wool sales in Australia for about a week. Sales continued in New Zealand, but with transactions having to be recorded manually.

The ransomware attack on February 25 encrypted databases, forcing the shut-down of Talman’s Australian Data Exchange and networks, used to record ownership transactions, as well as its Application Service Provider (ASP) hosting service, used by many wool buyers and brokers.

PGG Wrightson’s general manager for wool, Grant Edwards, said the New Zealand system was not as greatly affected as Australia, but it meant more paperwork.

“We’re still operating our brokerage system as we have. We had two sales on Thursday, which we’ve transacted rather than electronically transferring.”

Edwards said it had affected those that are hosted in Australia, and exporting businesses using the software, including PGW’s export arm, Bloch & Behrens, which alone handles 8% - 9% of New Zealand’s wool exports.

He was happy that an early market report showed prices unchanged or slightly better.

“I think in market reporting terms we’d say ‘in sellers’ favour’. So a solid start to what has been obviously been a difficult week. And it’s great to see it up and running again.”

Grave said it was early days in assessing any cost to industry players.

“The impact of this is not just about one system, but the impact it would have on the movement and flow of wool from growers to brokers.

“The focus is on getting the industry moving again.”

Talman’s Pramod Pandey, said wool brokers’ data had not been compromised. He said the company had been working around the clock to reinstate its systems from backup, but the process was taking some time because they did not go back to the same infrastructure.

Pandey confirmed that they did not pay the cyber attackers a ransom to decrypt the data, because they did not want to “glorify that kind of activity.” He wanted to “convey the right message” that they kept the data safe.

He said that people in the wool business had been very supportive.