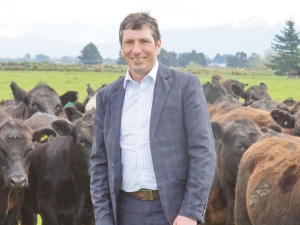 Despite two of the best years in history, sheep and beef farmers are not exactly happy.

That’s the view of Beef + Lamb NZ’s Sam McIvor who says while there is good demand domestically and internationally for sheep and beef, farmers are facing challenges and concerns on the home front.

A big issue is attracting good people to work in their businesses.

“Two years ago, you’d say poor farmers were struggling to get good employees, but now I am hearing that from good farmers so for us that is big challenge,” he told Rural News. “Labour is an issue I hear consistently from farmers.”

Farmers are also worried about what regulations might emerge from the Government. The issue of climate change and zero carbon is one, another is national environmental standards and water policy and what these might mean to farmers.

“In the case of sheep and beef farmers, 70% of their land is hill country and there is uncertainty about what that will mean from a water quality management perspective,” McIvor adds.

“Farmers don’t make short terms decisions, often they are making decisions for the next 10-20 years. So, the feedback they give to me is that they want certainty around their investment decisions and what these might look like in the future.”

“The Government hasn’t got a consolidated view across things. There is someone here on climate change and another one across there on water and someone else dealing with biodiversity,” he explains.

“What we need and what we are working with Government to do is get a common view on how we deal with those things on the farm. And while farmers want certainty they also want the Government to make good decisions based on good science.”

McIvor says there is always a risk that a decision could solve one problem but unintentionally create a problem in another area.