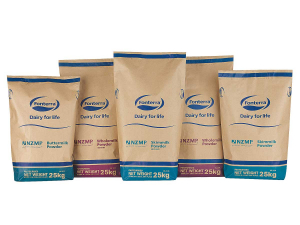 Whole milk powder prices were down 6.2% in last week’s GDT on the back of coronavirus.

Demand for dairy products in China hangs on what further steps the Chinese Government takes to stem the spread of coronavirus.

Westpac market strategist Imre Speizer says there are risks to near-term demand which could be affected by coronavirus developments.

The steps that China has taken to contain the outbreak – such as extending the Lunar New Year holiday period, and limiting the movements of people – has kept many factories closed.

“These disruptions might prove to be short-lived, but that depends on what further steps the government might take to contain the spread of the virus.”

Speizer says the obvious explanation for last week’s decline is uncertainty regarding the coronavirus outbreak.

“Financial markets have been reacting to those developments for around two weeks, with global equities, interest rates, industrial commodities and risky currencies falling sharply,” he says.

“Moreover, whole milk powder futures prices had been falling since late January. It was unsurprising, then, that last week’s GDT auction followed suit.”

The forecast milk price also hinges on supply coming out of New Zealand: persistently dry conditions in the upper North Island and eastern South Island could see milk production fall short of what the market is expecting.

Fonterra figures show in December 2019, the co-op collected 184 million kgMS from farmer suppliers: 0.6% down for the same month in 2018, according to its monthly global dairy update.

Season to date collection was over 909m kgMS, 0.5% down on the previous season.

Fonterra says December weather had some impact on pasture quality in some northern regions, however grazing crops are doing well, and cow condition remain very good.