Truly outstanding in their fields 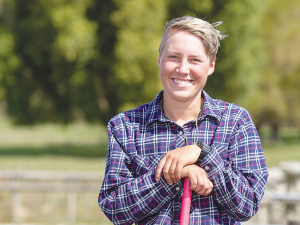 The East Coast of the North Island features prominently in this year’s Ahuwhenua Young Māori Farmer Award for Sheep and Beef.

Two of the three men work on farms on the East Coast, the others in the South Island.

The three finalists were selected from entrants NZ-wide:

The Ahuwhenua Young Māori Farmer Award, first held in 2012, is designed to recognise talented up-and-coming young Māori farmers, to encourage young Māori to make farming a career, and to showcase to prospective employers the talent among Māori.

The awards have always created interest within and outside te ao Māori and has given finalists and winners a huge sense of pride and achievement. All have gone on to greater things since winning.

Lead judge Peter Little says it is never easy to select finalists given the pool of young Māori who, in a short time, have been making great progress in their farming careers.

Little says the finalists’ training has helped them establish themselves in good jobs and provided an excellent platform to progress them to senior positions in the industry.

He says the farming sector needs talented, motivated young people and this award recognises their achievements and shows other young people the career opportunities in the primary sector.