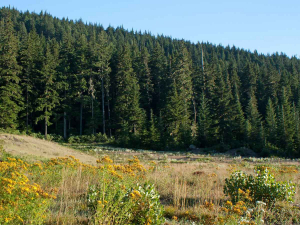 However, AAA chair Tony Michelle says that while fertiliser is still being spread on hill properties around the country, there is sense of cautiousness among farmers.

"Everybody I have spoken to in the last few months has said: 'We've got work on' - although it's not coming out of their ears," he told Rural News. "They still have got work and I don't think there is any significant downturn in the year."

Michelle says two things that are having an impact on his industry are the current drought and the sale of good farmland to be turned into forestry.

He says while the agricultural aviation industry is surviving moderately well, operators who run an air transport business are struggling more because of Covid and the lack of international tourists.

"It's fair to say that farmers want to keep the land going and also the Government has invested in weed and pest control on Crown land," he adds. "That has obviously benefited the helicopter guys doing the work in the wilding pine space."

However, Michelle reckons the drought will be the biggest thing for the industry to cope with during the next 12 months.

On the east coast of the North Island, Andrew Hogarth is managing director of Farmers Air, based out of Gisborne. His fleet of four PAC 750 aircraft service farms in the region, from roughly Wairoa to the East Cape. He says the drought has had some impact on his business.

"This has had a little bit of an impact on our work flows," Hogarth told Rural News. "I wouldn't say it's been a hectic autumn, but the dry had been isolated and patchy with some areas dry and some not too bad."

But he detects a cautious mood among farmers, saying uncertainty with prices, international markets and logistical issues are also starting to play on their minds. Hogarth believes this is leading some farmers to be conservative about putting on fertiliser.

However, driving around the east coast – and into Hawkes Bay – there are aircraft busily topdressing, which would indicate that the industry is at least ticking over.