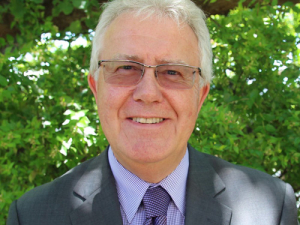 The biosecurity research partnership between Australia and New Zealand was highlighted at a fruit fly research workshop in Auckland on Wednesday.

Chairman of the CRC, Dr Martin Barlass, says research collaboration has been highly valuable for leveraging the exceptional biosecurity science skills base of each country.

“This partnership continues to be especially important for increasing our knowledge of pest species with the potential to devastate horticultural industries in both countries,” he says.

“Fruit fly is not yet present in New Zealand and tomato potato psyllid doesn’t yet have a foothold in Australia. By learning from each other we can maintain pest-free status and protect our agricultural industries from these economically devastating pests.”

Biosecurity has a high profile in both Australia and New Zealand, with the quality science that underpins these world-class biosecurity systems contributing to growing exports for both countries.

Plant & Food Research is a New Zealand government-owned science company which has been a partner in the CRC since 2012. CEO Peter Landon-Lane believes there are a number of advantages from the collaboration with the CRC.

“The CRC partnership provides both partners with access to valuable technologies and expertise,” says Landon-Lane.

“Fruit fly is a major concern for horticulture in New Zealand. With our horticultural industries worth around $7.5 billion, our horticultural exports more than $4 billion, and over 90 per cent of these exports by value vulnerable to fruit fly, it’s essential to keep ahead with the latest in biosecurity research and development.

“The trans-Tasman collaboration boosts scientific capability for both countries,” he says.

“With growth in global trade, travel and tourism exposing both New Zealand and Australia to increasing biosecurity risks, these research collaborations have never been more important,” says Dr Barlass.