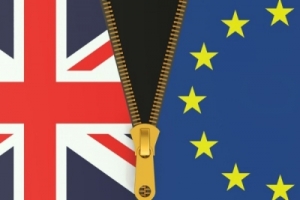 Trade Minister Todd McClay says he is seeking meetings with trade ministers from the United Kingdom (UK) and the European Union (EU) to discuss the UK's decision to leave the EU.

"I expect to meet with many of my European counterparts at the G20 meeting in Shanghai, July 9-10, and I have already requested meetings with key ministers and the EU Trade Commissioner to discuss New Zealand's best way forward, in light of the referendum result," says McClay.

"In the meantime, it is important for exporters to be assured that our economic relationship with the UK and Europe will remain the same for the foreseeable future."

McClay says the process of discussions between the UK and EU Member States is likely to take up to two years, once negotiations begin - with commentators suggesting that a final Brexit could be five or six years away.

"I have already begun talks with exporters and will continue to engage with the sectors most affected including our meat, dairy, and horticulture industries," says McClay.

"It is important that they are fully informed, and fully engaged in the process as it develops.

"Even before Friday's referendum, we had sought assurances from UK and EU officials that the rules around New Zealand access would not change until they have negotiated new ones with us. We have received those assurances.

"And we will continue to talk to both sides, with the aim of ensuring that the quality and the value of our access to both the EU and UK markets is retained."

McClay says he does not expect the timelines around a possible NZ-EU FTA discussion to be significantly affected.

"A lot of important work has been put in by both sides over the past 12 months. New Zealand has a significant number of supporters in the EU and we retain a strong relationship with the UK," says McClay.

"The work we have done over the past few years will be important as we, over the coming months, discuss an orderly way forward for our trading relationship.

"We will be taking a calm and considered approach to this discussion, while using the two-year negotiating period to New Zealand exporters best advantage."