Time to honour our biosecurity heroes 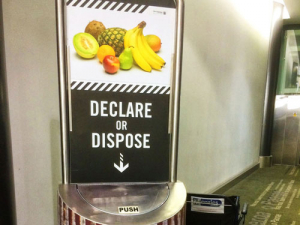 Celebrate those helping to keep our flora, fauna and vital primary sectors safe by nominating them for New Zealand Biosecurity Awards.

The NZ Biosecurity Awards were launched by Minister for Biosecurity Damien O’Connor today.

O’Connor says the awards are a way to thank and shine a light on people and organisations protecting Aotearoa – in communities, businesses, science organisations, iwi and hapū, and central and local government.

“Biosecurity is our number one challenge because it is critical to our economic base and way of life. Recent reports show that only 2% of Kiwis feel a biosecurity breach would affect their lives – I think this level of awareness is changing and there’s a growing understanding that every New Zealander has personal responsibility for ensuring we maintain a resilient and strong biosecurity system.

Finalists will be announced on October 12 and winners on Monday 12 November at an awards dinner in Auckland.

Entries are open until 31 August. Find out more at www.mpi.govt.nz/biosecurityawards

The award categories are: