Theo asks for his salary to be iced 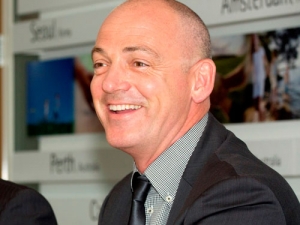 Fonterra chair John Wilson says there has been “a complete misunderstanding” over the pay increase for the co-op’s chief executive.

Wilson says Theo Spierings’ base salary was frozen last month at his own request.

He says the $750,000 increase reported last month in its 2014-15 annual accounts was related to performance incentive payment for the previous year, when the payout to farmers was a record $8.40/kgMS.

Wilson, who attended farmer meetings with Spierings last week, says they were “front footing” the issue and explaining to farmers.

The company does not disclose Spierings’ base salary, but it is understood to be close to $4m.

Wilson says the incentive payment to Spierings was made in October 2014, after the successful 2013-14 season.

“Although it was reported in the last financial year statements, the actual payment was made a year earlier,” he told Rural News.

He says Spierings and the management realise the challenging times faced by farmers.

“Theo came to the board sub-committee and asked that his salary be frozen for this year. It’s very unfortunate that this has been misrepresented in some media.