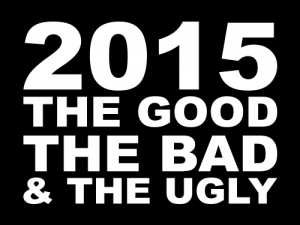 Top chief executive in the primary sector: Lain Jager, Zespri; inspiring, brilliant leadership to bring the kiwifruit industry back from the brink following the ravages of PSa.

Landcorp's Steven Carden is doing a great job in promoting talent and fostering innovation at the SOE, but has a long way to go in turning the lumbering entity into a good earner for taxpayers.

Hamilton has led SFF through its merger with Shanghai Maling and now farmers will be expecting to see a dividend in better prices. While Surveyor has steadied the ship at Alliance, he has a fight on his hands keeping the Invercargill co-op in the game with a cashed-up SFF fighting for falling numbers of livestock.

Great promotion on a budget: the Campaign for Wool NZ Trust headed by Waipukurau wool broker Philippa Wright and funded by PGG Wrightson. This group has put a neat display of wool in a shipping container and are taking it around schools to let young people see and get the feel of wool.

Best event: it has to be the Ahuwhenua Trophy awards dinner. Limited to just 650 people this year but will be back to 850 in 2016. Great showcasing of the success of Maori agribusiness and done in a style few could emulate.

Conference of the year: who else but Zespri with its innovation conference. Well organised, great speakers and futuristic. Also of note – the HortNZ and FoMA conferences.

Primary Industries Minister Nathan Guy has moved up the rankings. He's handled some tricky issues well and deserves credit for this. His office is one of the most media friendly in government and his speeches are much better. MPI is also showing slight signs of improvement; we'll see what 2016 produces.

Outgoing Trade Minister Tim Groser: all his hard work getting the TPP progressed, if it comes through, will be a huge win for NZ's primary sector.

Obviously Fonterra – but which one? The so-called cut in salary of chief executive Theo Spierings? The callous way it handled the downsizing (ie sackings) of 750 employees? The abysmal way it told farmers it was imposing new limits on PKE use? The botched way it tried to stymie debate over the Armer/Gent proposal to cut director numbers? Or the most recent hatchet job where it is playing heavy with contractors and suppliers around the country by demanding they reduce their prices by 10% and/or saying payments would now be sent 61 days after the end of the month of the invoice?

Sadly the corporate arm of Fonterra lets down all the good work being done in the company in the research and day-to-day running of the organisation. The worry beads in the industry are working overtime as Fonterra stumbles from one PR disaster to another. Compares favourably with the English rugby team for its big talk and poor results.

MPI probably does great things, but its PR machine fails miserably to meaningfully connect with media. It seems the message will never get through. A clone of Fonterra.

The Greens active dislike and contempt for the farming sector was made apparent when it replaced the hapless, but harmless, Stefan Browning with staunch lefty and environmentalist Eugenie Sage as its primary industries spokes'person' earlier this year.

The fight of the year: only the meat industry. This sector can't seem to help itself and farmers are largely to blame for the ongoing chaos. The Meat Industry Excellence (MIE) group started off with a bang a couple of years back, with huge farmer support and real momentum for industry change. But MIE soon got caught up in regular carping and sniping, which put many offside and it became little more than a screaming skull of malcontents. How it managed to screw $200K of industry-good money for its 'Pathways to Long Term Sustainability' report is still a mystery.

However, MIE really lost the plot and any residual credibility when it played the race card and used ridiculous scare tactics in a desperate effort to stop farmers supporting the SFF/Shanghai Maling deal. It failed miserably – with SFF shareholders giving the deal a massive majority – and it is now just another failure in an industry littered with a history of failure.

Unfortunately, red meat prices remain awful and there is no immediate sign of recovery. If farmers one day are required to get a consent to farm, a condition should be that they spend a day with Zespri and learn all about collaboration.

Quote of the year: "I have only two balls and neither of them is crystal": one chief executive's response to a board asking what the dairy payout might be.

Runner up: "That's bullshit": SFF chairman Rob Hewett's two-word, succinct reply to claims made by NZ First that the meat co-op had tried to meet with Finance Minister Bill English for over a year to discuss its financial woes and had been repeatedly rebuffed.

Under the radar award: Westland Milk Products for quietly going down the value add track and becoming a highly successful cooperative much loved by its parochial passionate shareholders.

Idiots of the year award: those people who mistreated calves in Waikato and sullied NZ's reputation internationally, which allowed another bunch of fringe idiots – in the form of SAFE – to gain some public traction. One hopes that MPI can succeed in prosecuting all concerned, including the dopey farmers who left their bobby calves out in the sun. The dairy companies should strike them off their suppliers' list.

Then there's SAFE – using emotive phases like, 'taking babies from their mothers' instead of calves from cows and its act of treachery in placing a grossly misleading advert in a UK newspaper. All this shows again this group is nothing but a bunch of publicity-seeking vegan nutters who enjoy the benefits dairying brings to the economy, only to rubbish it at the first opportunity. Meanwhile, it's time the Government pulled the plug on Fish and Game NZ's status and funding. Its petty childlike tantrum in pulling out of LAWF shows its true colours. F&G has proven it doesn't want to work collaboratively for the benefit of the environment, so why give them taxpayers' cash?

Worst chief executive of the year: hard to go past Fonterra's Theo Spierings – the man who sacks staff and then collects a pay rise. It's been a year of blunder after blunder by the dairy giant and many industry people are saying 'isn't it time someone else ran Fonterra?' Not everything from overseas is excellent. Overseas people lack the ability to grasp the NZ culture and tell the NZ story the NZ way.

2015's Ag Person of the Year: Mike Petersen. As NZ's special agricultural trade envoy Petersen does an outstanding job in fighting for and promoting our primary sector. His work is often done under the radar and on the sidelines at all the big, international trade negotiations. Petersen is passionate, professional, hard-working and a fantastic communicator. He is our Ag Person of 2015.

Mike Petersen is one person who's closely monitoring the progress of the FTA with the EU.