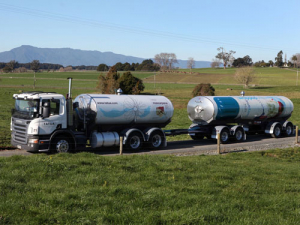 The co-op last week announced a final payout of $8.10/kgMS to farmer suppliers, after retaining 52c/kgMS.

It finishes well ahead of the rest of the major processors; Fonterra suppliers will get a final payout of $6.79/kgMS including a 10c dividend.

Maori-owned Miraka will pay $6.80/kgMS and Synlait $6.78/kgMS, respectively; both payouts include 13c in incentive payments.

Open Country Dairy, the second-largest processor, will pay out on average $6.71/kgMS to its suppliers.

“Our focus on growing our value-add businesses has contributed significant additional revenue and our bulk ingredient product mix has served us well,” he says.

Allen says in deciding the payout Tatua has sought to balance between supporting its shareholders and its need to reinvest for its future.

“Our gearing (debt divided by debt plus equity) at year-end lifted slightly from 35% last year to 37%, but will normalise back to around 35% or less as we move further into the current season.

Morrison says the Westland board acknowledges its milk payout isn’t competitive and is focussed on achieving parity in future.

Tatua’s Cooking Cream is a winner!

Dairy Whip cream can has a new look

The famous can of Tatua’s Dairy Whip cream in Tatuanui has had a makeover.

Waikato milk processor Tatua has announced a final payout of $8.50/kgMS for last season, beating all other processors including Fonterra.