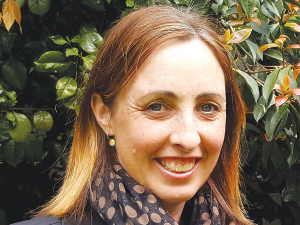 Farmers still have some concerns around the revised grazing regulations released last month.

Restrictions on planting winter forage crops on slopes over 10 degrees and regulation wordings around 'critical source areas' exempted from cultivating or grazing cows are being contested by farmers.

Another amendment requiring grazed annual forage crop paddocks to be re-sown as soon as conditions allow, instead of by a set date, has also been accepted.

However, Hunt - who was part of the working group that reviewed the rules - told Rural News there are still some real concerns around slope restrictions.

She says a 10 degrees slope isn't very steep at all and will catch a lot of Southland farmland.

"We have some real concerns about that," she says. "We believe other rules around buffers and critical source areas would help mitigate the use of slopes."

A new condition has also been added where critical source areas in winter crop paddocks will need to be identified and not cultivated or grazed.

The Government claims these changes will help protect the soil and waterways by placing greater importance on paddock selection and ensuring land is suitable for winter forage crops.

But Hunt says while the group support this, the wording neds to change because it "might catch some land".

She says Federated Farmers will continue to work with authorities and stakeholders to seek improvements.

"Rules can be implemented and can also be changed. We will continue to work with other parties."

For now, farmers have a clear set of rules and an implementation date - November 1- to work with.

Hunt claims improvements made by Southland farmers around winter grazing practices over the past five years has been exponential.

"Almost, in some way, I think the rules aren't needed now," she says. "But the rules will help the small number of farmers who haven't done enough."

Hunt believes that the "vast majority" of farmers in the region have gone far beyond what the new regulations call for.

"Cleaning up our winter grazing practices protects our freshwater resources, the welfare of our animals, and our exporting credentials," he says.

"The Government has listened to feedback from farmers, industry representatives, iwi and hapū, environmental groups and regional councils, and have improved the rules to ensure they work better to achieve environmental outcomes."

O'Connor says the freshwater farm plan system, due to be introduced from later this year, will provide another practical way for farmers to identify and mitigate environmental risks.

Following a report by the independent 2019 Winter Grazing Action Group, recommendations were made to the Government and changes have occurred.

"I set up the group to focus on the importance of animal welfare in intensive winter grazing," O'Connor added. "The group's final report shows farmers have made progress, however there is still work to do and we will continue to support farmers to refine their practices."