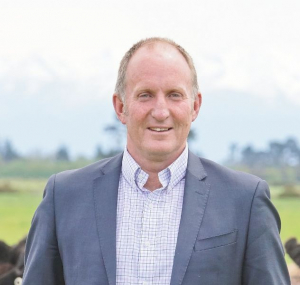 Sheep and beef farmers have agreed to proceed with a new Biosecurity levy for Mycoplasma Bovis response.

A Beef + Lamb New Zealand (B+LNZ) says it will proceed with the levy following consultation with farmers.

It says 59% of farmers who provided feedback supported B+LNZ’s proposals, which included raising the maximum rate for cattle under the new levy from $0.45/head to $2.00/head, with an initial levy rate of $1.80/head for beef cattle, and allowing different rates to be set for different stock classes, so that dairy cattle could be exempt from a ‘beef cattle’ levy for the M. bovis response.

B+LNZ sought farmers’ views on lifting the cap on the biosecurity levy so the beef sector can meet its 6% ($17.4 million) share of the costs of the M. bovis response. This is an increase on the maximum levy rate approved by farmers when consulted on the Government Industry Agreement (GIA) proposal in 2017.

“Farmers have told us they recognise the importance of the M. bovis response and the need for the beef cattle industry to actively play its part in helping to eradicate the disease,” says B+LNZ chairman Andrew Morrison.

.“B+LNZ needs to have a seat at the table to ensure beef farmers’ views are heard. We are working hard with our response partners, the Ministry for Primary Industries (MPI) and DairyNZ, to resolve these issues and strengthen the M. bovis programme so we have the best possible chance to eradicate the disease.

“However, we need the help of all farmers and industry to be successful and it’s vital farmers and the industry meet their bio-security obligations.”

The Minister of Agriculture will assess B+LNZ’s application to introduce the levy. If the Minister approves it, he will then recommend the introduction of a levy order. Due to the time involved in this process, B+LNZ anticipates the new biosecurity levy will not be in place until the end of the year.

B+LNZ received 1,601 submissions during the consultation period, which was held over May and June.