SFF back in the black 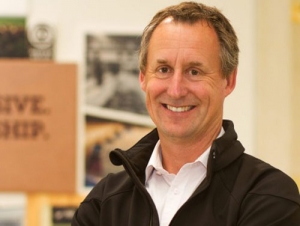 The welcome news signals this as the first time in four years the meat processor has made a buck out of sheepmeat.

SFF chairman Rob Hewett said "all species made a significant contribution to the overall improvement".

"However, whilst this is a significant improvement on 2014, we still have progress to make to achieve a return that reflects the amount of capital we have invested in the business over the course of a season," Hewett said.

SFF has been burdened with massive debt in recent years. The issue was a key driver of its decision to join forces with Shanghai Maling.

Hewett said this was achieved by "being profitable, reducing inventory, selling non-core assets and winding down the investment in our dairy bull beef scheme".

"The combination of our improvement and the new [Shanghai Maling $261m] investment will put Silver Fern Farms into not only a position of financial stability but one of strength."

Chief executive Dean Hamilton said "beef and venison both had good results, and our big focus on turning around the performance of our sheepmeat business is starting to achieve results with a meaningful profit, the first one in four years. More importantly, we see significant scope for continued improvement in all three species."

The company's annual report will be released in late November ahead of the annual meeting in Dunedin on December 16.