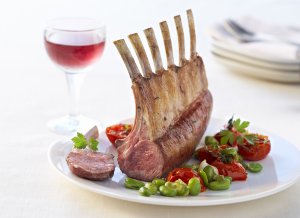 A new communications initiative from Beef + Lamb New Zealand got off to a modest start last month with "about 30" callers dialling into its first Scene + Herd conference call. That tally included media, but excluded BLNZ personnel.

On the call BLNZ chief executive Scott Champion spoke on four topics: the coming year, environment and water including One Plan, best practice on farm, and market access and shifting markets.

Second speaker was Andrew Burt, BLNZ's new chief economist, who spoke on North America, which was where he was based for BLNZ until recently.

"New Zealand [sheep] farmers aren't the only ones facing difficult times... there's been what they call a train wreck in the lamb market there in the last few months," he told callers.

That was forecast and US industry leaders' response is "encouraging", says Burt. A decade or two ago they'd have blamed imports, but now they're saying the market will adjust and they'll get through, he explained.

Given US lambs average a 35-36kg carcase, they're in a different market to New Zealand's imports. "A 25kg carcase is considered small in the US."

Champion and Burt faced questions from callers on levy rates, public expectations of farmers, and the US drought.

The call was facilitated by senior extension manager Aaron Meikle who told Rural News the 51 registrants for this first call "was about our aim" but the number that actually dialled in to the 7.30am session was disappointing. "I want to grow this [monthly call] to at least several hundred online each time."

Encouragingly some callers were farmers who aren't regular participants in other BLNZ activities.

"I really hope this can grow that angle."

Meikle says the cost of the initiative is minimal – "the only charge is the call line" – but some advertising for the next call, October 17, is planned.

"This first call was only [promoted by] email/internet. We're stepping up numbers slowly, just making sure the technology and our systems work smoothly."

Champion on the year that was

Research shows 89% of supermarket consumers in international markets consider the country of origin when deciding which beef to purchase.