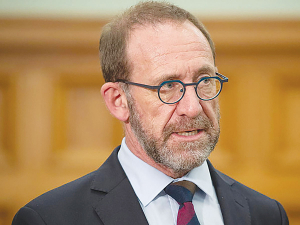 Rural General Practice Network chair Dr Fiona Bolden has described the omission of 'rural' as outrageous, which leaves the 750,000 people enrolled in rural practices out in the wilderness. National's health spokespeson Shane Reti says health services should be based on need and health services in rural areas are broken.

Under the new reforms, Māori, Pasifika, women and those with disabilities have all been given special legal status, meaning the new health authorities are legally required to produce special health strategies for these groups. However, rural health was not given such status.

Little says while there will be specific plans for the four groups mentioned, it doesn't mean that there won't be specific plans for other groups in the community. He says under the new bill, provision is made for local strategies to be developed and this will ensure better services to rural people.

"When we were debating this in select committee, a number of people turned up arguing for their particular group and we could spend all day carving up the population into different definitions," he told Rural News.

"What is most important is what we are putting in place is new and different and that will make a difference to the rural community."

Little claims the new system, which sees the number of DHBs cut from 20 to 12, will signal a shift in funding from hospitals to primary care health.

He acknowledges one of the proposals will not be liked by rural GPs. But Little says this is necessary because the present business model GPs are operating under is no longer fit for purpose. He wants to see local healthcare facilities, which not only include GPs but other health professionals such as physiotherapists, practice nurses all collectively and supporting each other and the community.

"A lot of people go to hospital for treatment that can be effectively done in the community setting. For example, some cancer treatments such as chemotherapy and renal dialysis could be done locally and save people having to travel long distances to get that sort of care."

Little says this does not mean doing away with hospitals, but it may mean giving GPs the opportunity to work in a hospital for a period to develop new skills. He says one of the aims of the reforms is to try and take some of the pressure off GPs who are often working alone and provide help from others to ease their burden.

He says while the reforms will help, it will be impossible in some cases to provide better services for people who live in very remote areas.

An issue long raised in rural areas is the need for providing better mental health services.

Minister Andrew Little says they have programmes in place now which funds suitably qualified mental health nurses to work alongside GPs and, at a lower level, 'health coaches' who can deal with people who lower level mental health issues.

He says Covid has been extremely disruptive to most people's routines and there is growing demand for mental health services.