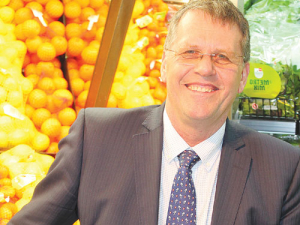 Former Hort NZ chair Julian Raine says the extra workers will be the difference between harvesting full of half crops.

Nelson grower Julian Raine says the Government's decision to allow seasonal workers from some Pacific nations, without going through the standard two-week managed isolation, is a great move.

"While the Government hasn't said how many workers will be allowed into the country from September, the extra workers will be the difference between harvesting full or half crop for us," he told Rural News.

"It's great to see the NZ Government rethink on seasonal workers from Samoa, Tonga and Vanuatu. It's a huge relief for our permanent staff, service suppliers and customers."

Last year, he had only two-thirds of his RSE workers due to Covid restrictions. As a result, some apples couldn't be harvested.

Last week, Prime Minister Jacinda Ardern announced that there would be a one-way corridor, entering New Zealand only, and the RSE workers would not need to go through the standard two-week managed isolation.

The move aims to address worker shortages in certain agricultural areas, she said.

Like the 2000 RSE workers brought in last year, the same conditions - including paying at least the living wage and providing appropriate accommodation would be enforced.

There are normally about 14,400 RSE workers a year, but the pandemic and border restrictions have cut that workforce in half.

However, it is not known exactly how many workers would be able to enter the country from September.

HortNZ chief executive Nadine Tunley says without the support of this seasonal Pacific workforce, permanent jobs held by Kiwis and the growth of New Zealand's horticulture and wine industries are at risk.

"While Kiwis will continue to be first priority for employment in our horticulture and wine industries, we still require additional help from our seasonal workforce, particularly during such challenging economic times," says Tunley.

Industry bodies are working with government to finalise details and ensure that the health, safety, and wellbeing of workers remain paramount throughout this transition.

Overseas workers on their way to drive machinery and pick fruit could be affected by last week's decision to pause the release of MIQ rooms.