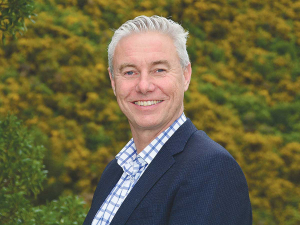 Primary ITO will apply to the Ministry of Education for more Trades Academy places with demand from schools now outstripping supply.

The Government is funding 2000 more Trades Academy places, where secondary students combine full-time study with experience in the workplace, as well as 2000 Gateway places where students have job placements along with classroom learning.

It’s too early to say how many Trades Academy places will be available next year, Philpott told Rural News. The ministry has the final decision on whether to allocate places to Primary ITO.

“This year Primary ITO had 830 Trades Academy places,” he explained. “When we asked schools in July for their requests for 2020, demand significantly outstripped this number so we are extremely confident that there is more demand from schools and secondary students for places in Primary ITO’s Trades Academy.

“We are working with schools now to determine exactly how many places to apply for. Since the Government announcement of an increase in Trades Academy and Gateway places, we have been contacted by a number of schools reaffirming their interest in enrolling more students.

“Our early indications are still that schools have around 1100 students wanting to take part. We have the materials and support ready for schools looking to deliver the Trades Academy programmes themselves.

“We also have a network of Primary ITO tutors around the country and can strengthen this team if required.”

The 4000 more trades training places in schools will help meet demand from students to learn about farming and horticulture, Philpott says.

The trades academies are across a number of sectors but Primary ITO currently has New Zealand’s biggest Trades Academy.

“We know there is strong demand for a place in our Trades Academy,” says Philpott. “We’ve had to say sorry to some students and schools because we’ve reached the cap of the funding we receive, so the increase is very welcome.

“New Zealand needs more skilled and innovative people in the primary sector, and the Trades Academy and Gateway programmes are a great way of introducing secondary school students to a career.”

Philpott says it was good that agriculture was specifically noted by the Government as an area for trades training.

“It’s a great signal that there’s a bright future in the sector. The Trades Academy and Gateway help improve the connection between the world of work and the world of school.

“It gives us more opportunity to grow the pipeline of people in the primary sector.”

The Trades Academy is partly led by teachers in schools, supported by Primary ITO and partly by a network of Primary ITO tutors around the country.

Is it history or whose story?

OPINION: They're about to start teaching New Zealand history in schools.

Covid-19 is creating “amazing opportunities” for wine and viticulture students, says the head of Hawke’s Bay’s viticulture and wine science school. Sue Blackmore, from Eastern Institute of Technology (EIT), says closed borders will make wine students far more valuable to companies during vintage, and vintage experience more valuable for students. “We have to enable these students to get out into industry as soon as possible… to hit the ground running.”