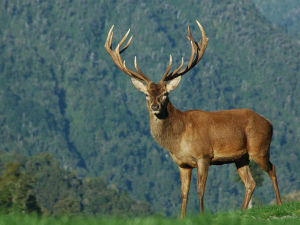 NZ Deerstalkers Association chief executive Gwyn Thurlow says he is concerned by the current backlog in renewals of firearms licences.

Police hope to clear a backlog in the processing of new firearms licences and licence renewals ahead of the beginning of duck hunting season in May.

Police Superintendent Mike McIlraith, officer in charge of arms safety and control, says there are approximately 9,700 applications sitting in the backlog.

He says approximately 3,400 of these are renewals – over half of which come from applicants who either applied for renewal on the expiry date or less than 31 days before the licence expired.

“Duck season commences in the first weekend of May and Police are working hard to clear as many renewal applications as possible before this time,” McIlraith told Rural News.

He says more staff have been brought on to help with the backlog and those who require their licences for work are being prioritised along with renewals.

“We regret that some people may be in a position of not having a current licence when the season starts but they will be able to take part in duck shooting, if accompanied by and under the immediate supervision of a current licence.”

However, some say this is not enough as deer hunters are already facing the possibility of missing out on the roar which began in March and runs through April.

New Zealand Deerstalkers Association chief executive, Gwyn Thurlow, says that after missing out on the 2020 roar due to the March/April Covid lockdown, hunters have been looking forward to the 2021 season.

He says many hunters are being side-lined because of the administrative delays.

“Hunting centres around the possession and safe use of firearms and so any process related delays are disappointing,” Thurlow says.

“Law abiding licenced firearms owners are, yet again, at the mercy of third parties through no fault of their own.”

Police are now advising that existing firearms licence holders check the expiry date of their licence and apply four months in advance of the expiry.

Not so wild about pines

Concerns about the continued spread of wilding pines are coming from both ends of the country.

Hunters should stick to the basics

Cow theft not an isolated case

While police are investigating the theft of 500 cows from an Ashburton farm, another nearby farmer says it is the third known theft of cows this year in a 50km radius of that farm.

An aerial possum kill using 1080 poison is planned for the high Kaweka Range between Taupo and Hawke's Bay this winter, says OSPRI.

Is this another example of the urban/rural divide in New Zealand?